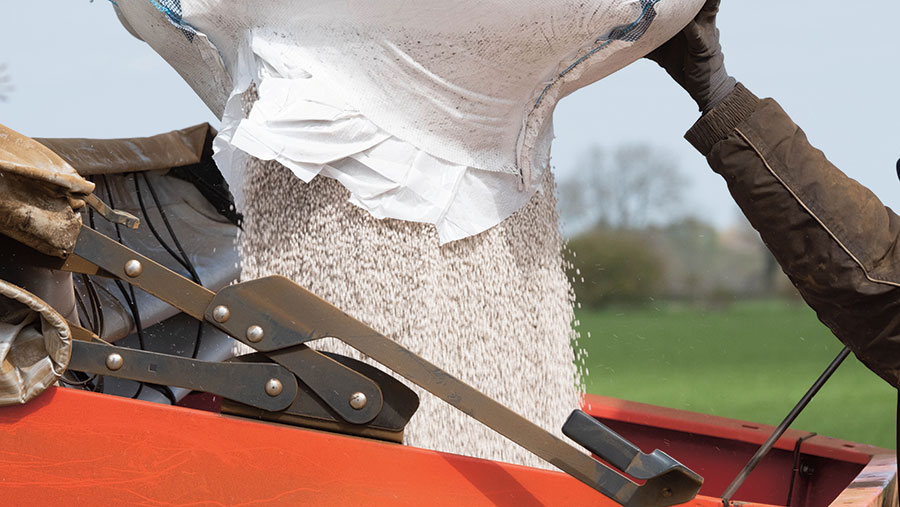 The pound has lost 8% of its value in just three months, making imported inputs more expensive but offering better export prospects for some UK farm produce.

With a no-deal Brexit looking increasingly likely, it is the added costs that will feature more strongly in farm accounts than any boost to export volumes, say advisers.

More than 70% of UK farm kit is imported, and machinery cost inflation was already under way before the June 2016 referendum.

If the pound stays low, companies will do their best to hold off increases, but will have no choice in the end but to raise prices, said Agricultural Engineers Association (AEA) economist Stephen Howarth.

In addition, parts will attract import tariffs in the event of a no-deal, as will some kit.

Timing was another issue. With lead times of two to three months already common for machinery not in stock in the UK, a few days extra wait as a result of no-deal paperwork would not cause particular concern, said Mr Howarth.

The prospect of delays to parts deliveries under a no-deal outcome was more worrying, he said, as many distributors had guaranteed parts delivery times.

“Ahead of the March deadline, some manufacturers built up stocks of parts and pushed them out to distributors.

“There’s less scope for this this time – there’s less warehousing around because of the time of year, although it is a quieter time in terms of likely demand for parts.”

The other issue in a no-deal outcome was on the regulatory side, said Mr Howarth, with the need for some sort of dual approval regime needed so that EU approval would be recognised in the UK, or something put in place to convert this to a UK approval.

Analysts expect the pound to weaken further to close to parity with the Euro and to about US$1.15 if there is a no-deal outcome, said NFU chief economist Andrew Francis, while a deal could see the rate return to early summer levels of about €1.17-€1.18.

A weak pound was helping the lamb price and there was the possibility that some overseas buyers might buy extra to stockpile UK lamb in the run up to 31 October, he said.

However, the relatively short shelf life of lamb meant the potential for extra trade through this was limited.

Prior to the EU referendum, the UK was the third most attractive member state for foreign workers in terms of minimum wage and value of sterling, said Dr Francis.

By mid November 2018, the pound had slipped to €1.12 and the UK had dropped to eighth most attractive destination, as a result of the reducing value of the remittances that mainly Eastern European workers could send home.

While the minimum wage had risen since then, the pound had fallen further, so Dr Francis expected the UK would still be at about eighth place on this scale.

While there are distinct local factors that influence UK ammonium nitrate prices, these are already way above both of the past two seasons, partly on the currency effect.

While crude oil prices are more than 20% down in dollar terms than a year ago, red diesel prices are just 4% lower than in August 2018.

Imported nitrogen would cost 6.5% more in a no-deal scenario just to account for the import duty, let alone any further currency impact of a no-deal.

The same applies to imported agrochemicals.

“It’s a case of managing what you can,” said Savills’ director of food and farming Andrew Wraith.

“While wheat prices have slipped to the low £130s/t and there is harvest pressure, there is a good carry.”

There was a Brexit risk with fertiliser and chemicals, and merchants had been trying to help, offering deferred payment terms for advance chemical orders, he said.

Defra has confirmed that the Basic Payment Scheme (BPS) rate will still be based on the pound’s relationship with the euro even in the event of a no-deal Brexit on 31 October.

This would see the Rural Payments Agency paying farmers directly from UK funds, but the amount paid a hectare will continue to be based on the average pound:euro exchange rate of the European Central Bank over the month of September.

Last year’s payment rate was based on €1 being worth 89p. As Farmers Weekly went to press (Wednesday 14 August), €1 was worth 92p.

If current exchange rates were maintained through September, payments would therefore be about 3.5% higher than those that farmers received in 2018.