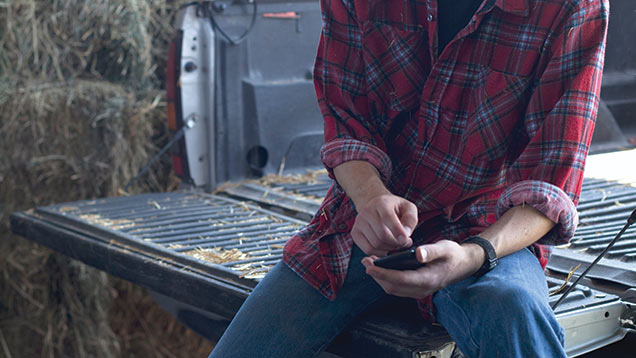 Mobile phones and social media bring a risk of higher accident rates in farm businesses unless their use is properly managed, warns Oliver Dale of consultant Safety Revolution.

“Many farm accidents involving students or casuals can be linked to distraction resulting from social media use,” he said.

“Farm employers need to have a social media policy stating clearly how and when social media may be used during the course of a working day.”

As well as handheld devices raising the risk of accidents, they can also reduce efficiency.

“You should consider whether or not you permit the use of personal handheld devices at work at all. If the individual needs a phone or tablet for use as part of their job then you should provide that equipment.

“This allows you to restrict their access to social media. It also enables you to ban the use of personal phones except, for example, at break times.”

A social media policy should be clearly stated and communicated effectively to new staff as part of their induction, said Mr Dale.

“This is particularly relevant for casual staff and more so in students or younger members of the team where the use of social media is more prevalent and where communication with friends can, if not checked, become almost constant.

“You have a duty, as an employer, to ensure that staff don’t put themselves or others at risk as a result being distracted by social media. That extends to supervising them and to actively preventing them from misuse.

“That means that having clarity around what staff can or can’t do is a necessity as part of ensuring that you’re guarding their welfare.”

However it was not enough to simply introduce a policy and expect employees to observe it, said Mr Dale, it was important to be proactive in checking it was being observed and to promote an understanding of its importance.

A social media policy can help not only to reduce the risk of physical accidents but can also help protect a business against liability for the actions of its employees, for example from comments made on social media which may damage the business unintentionally.

It can also help comply with the law on discrimination and data protection.