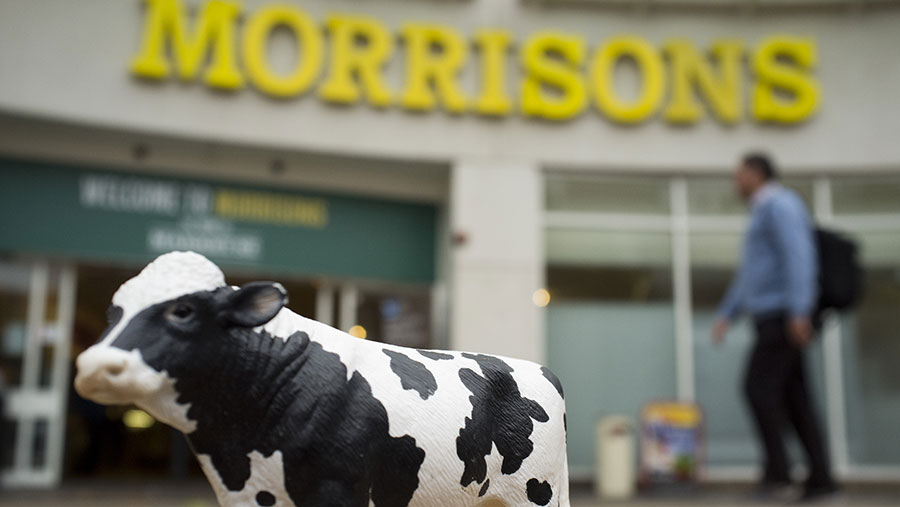 Morrisons has announced it will no longer distribute the 10p/litre premium made from its Milk for Farmers range across 12,700 European Arla dairy farmers.

Instead, the supermarket will dispense the premium, estimated by Kantar World Panel to be worth £3.7m in 2016, among its dedicated Morrisons Dairy Group of 300 Arla producers who also supply all of its own-brand milk.

In conjunction with the move, Morrisons has created a new pool of 50 British farmers who will become the sole suppliers of the Milk for Farmers range as of this month.

The dedicated pool will have to graze cows for 120-days a year and sign up to a series of animal welfare standards around bovine viral diarrhoea testing, Johne’s diseases, antibiotics recording and carbon footprinting.

Farmers Weekly understands the majority of Arla producers already adhere to these criteria.

The 50-strong group will receive a small bonus for the increased standards, expected to be about 1p/litre.

The Arla co-op model means all of its 12,700 producers across Europe receive the same farmgate price for milk – however, producers can be paid bonuses for extra standards as is the case with UK organic producers as well similar minimum grazing schemes in Germany and the Netherlands.