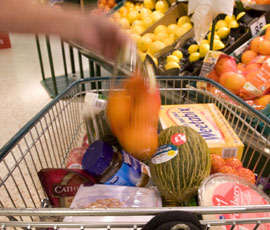 This 8% rise was due to record customer numbers, 34 new supermarkets and productivity improvements, the company said.

Morrisons, which has its own farm in Ayrshire, Scotland, said it was partly relying on a flexible supply chain and farming links to give it a competitive advantage over other supermarkets going forward.

“This has been Morrisons best year yet with another good financial performance and growth ahead of the market,” said chief executive Dalton Philips.

“We know that 2012 will be tough, and we will be working hard to deliver even better value for our customers.”