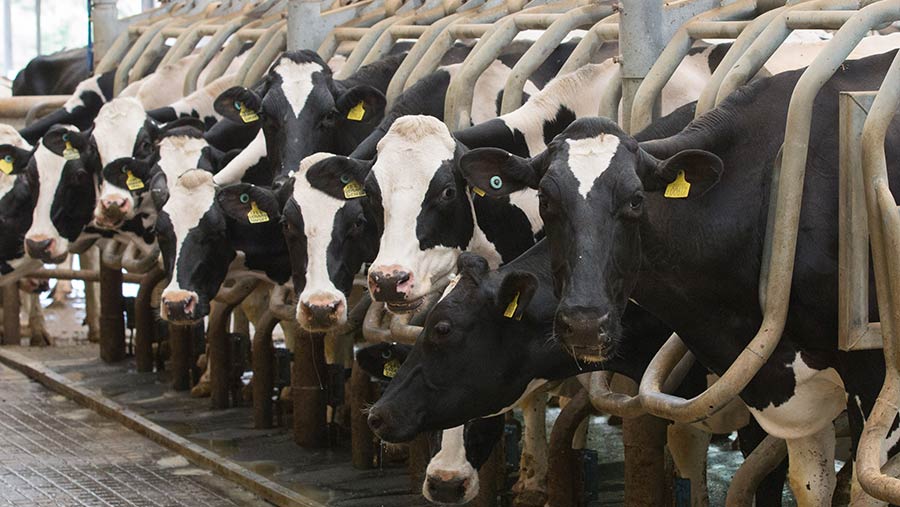 The price cut reflected continuing declines in the market value of dairy commodities including cream and butter, the processor said.

Muller milk supply director Rob Hutchison said: “We are continuing to see declines in returns from markets for cream and butter and like most processors exposed to the liquid milk sector, we are not in a position to ignore market realities.”

In spring this year, Muller introduced a contract option allowing farmers to fix their milk price at 28p/litre on up to 50% of their milk for three years.

More than a third of the 700 Muller Direct farmers opted to commit to this fixed-price contract.

Muller Direct producers must take part in the Muller Farm Insight Programme, the Muller Antibiotic Programme and the National Johne’s Management Plan to be eligible for the price premium, which will deliver 28p/litre for January milk to those qualifying.

The 0.5p/litre premium will be paid annually in arrears.

Volatility remained high in global dairy markets over the past week, with New Zealand data weighing on market sentiment.

New Zealand’s pasture growth conditions have also been exceptionally good for the season to date, which has led to the expectation that strong milk production will continue over the coming weeks.

The country’s dairy exports were rather negative in October, with whole milk powder (New Zealand’s biggest dairy export) and skim milk powder (SMP) exports down sharply compared with last year, which may also weigh on the global commodity market.

Closer to home, milk production in Europe for September showed the effects of the hot, dry weather experienced earlier this year, with collections down slightly on 2017.

Lower milkfat and protein content pulled EU milk solid collections down even further for the month.

This, coupled with further-diminishing Intervention SMP stocks, appears to be supporting SMP prices both on the physical and futures markets.