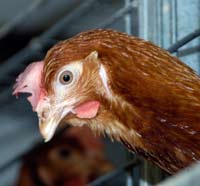 The NFU has hit back at a newspaper which claimed the use of antibiotics to treat sick farm animals was jeopardising human health.

The Independent newspaper picked up on news that the MRSA bug had been found in milk. The MRSA story made headlines at the start of June but the tabloid waited to devote five pages to the issue on Friday 17 June.

Coverage began with a front page piece entitled “Death Wish” which criticised farming as reckless and claimed the use of antibiotics increased the risk of MRSA in humans.

The NFU responded in a letter to the newspaper saying the article failed to paint a full picture.

“There are industry guidelines for the responsible use of antimicrobials and vaccines,” stated the NFU which is a partner in the Responsible Use of Medicines in Agriculture Alliance.

“We encourage our farming members to be guided by the RUMA guidelines and believe that antibiotics should be used as little as possible but as much as necessary,” the letter said.

“To start with the addition of antibiotics to feed to improve the growth rates of farm animals has been banned throughout the EU since 1 January 2006.

“Antibiotics are now only used under the prescription and care of a veterinary surgeon to combat and prevent bacterial infections which may cause animals to become sick, in the same way that humans use antibiotics,” the NFU said.

“Like people, animals get ill and need medicines. This is true regardless of the type or management system on a farm and there is no evidence that more intensive farming systems use more veterinary medicines, or particularly use more antibiotics.

“The NFU promotes positive farm health planning, with farmers and vets working together, to ensure the health of the animals on farm.

Furthermore, withdrawal periods from the human food chain for meat and animal products following any therapeutic antibiotic use in the animal are in place to protect consumers from inadvertent consumption of these substances,” the NFU letter concluded.