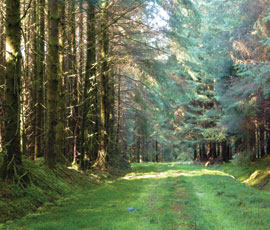 Sustained criticism from the farming industry and a lack of progress on creating new forestry has forced the Scottish Government to backtrack on its formal commitment to increase woodland cover in Scotland to 25% of the landmass by 2050.

The Government’s Rural Affairs secretary Richard Lochhead downplayed what was previously described as a target to merely an “aspiration” in his address to NFU Scotland’s annual meeting in St Andrews but insisted the commitment to planting 10,000 hectares of woodland per year for the next decade still stood.

He said: “Ten thousand hectares a year is a fairly ambitious target but not out of line with past experience and early calculations show that the impact on livestock production, even in a worst case scenario, will be marginal.

“Work with us to deliver the short-term target and we can look together at the longer term and set future targets accordingly. I don’t want the debate in 2012 dictated by what we want in 2050.”

The Scottish Government’s Woodland Expansion Advisory Group, which was established in the wake of concerns from the farming industry that entire farms and the hill land of many upland units would be lost to afforestation, will report its findings in June.

The group’s chairman, Dr Andrew Barbour acknowledged that the 25% target had put farmers backs up and it had been regarded as a barrier to progress.