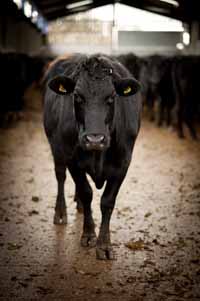 The failure of a proposed 3770-cow super dairy in Lincolnshire has prompted contrasting reaction from animal welfare campaigners and farm industry leaders.

Efforts to establish the super dairy at Nocton in Lincolnshire came to an end on 16 February when the company behind the venture withdrew its planning application. The company blamed an objection from the Environment Agency for the withdrawal.

Dairy industry commentator Ian Potter described the decision as a disappointment, but he believed that large-scale dairies still had a future in Britain.

“I have no doubt in the next two years there will be other similar applications. There is a range of systems we need in the UK,” Mr Potter said.

NFU dairy board chairman Mansel Raymond also expressed disappointment. “Nocton was an imaginative and innovative proposal. There remains a place in Britain for this type of investment if we are to meet the growing demand for food.”

But the World Society for the Protection of Animals, which campaigned against Nocton, said the withdrawal was “fantastic news”.

“[The campaign was] about the wide range of reasons why mega dairies are not the answer to the problems facing the British dairy industry. This is a victory for consumers, dairy farmers and, of course, the cows within it,” said WSPA director Suzi Morris.

Organic promotion body the Soil Association echoed WSPA’s views. “This is good news, particularly for struggling small and family dairy farmers. Already up to three dairy farmers give up in Britain every day, and the unit was likely to lead to yet more small family farms going out of business.

“Nocton was a potential animal welfare disaster and highlighted the way in which our farming systems have become increasingly divorced from what nature intended,” a spokeswoman said.

Add your reaction on our FWiSpace forums