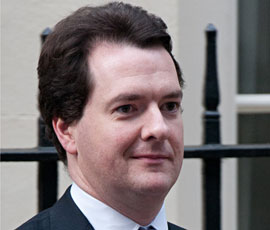 The headline decision to postpone January’s planned 3p/litre rise in fuel duty was a particular boost for those living and working in rural areas, although it was still due to come in next August. There was also confirmation that a 5p/litre fuel duty discount for remote rural parts of Scotland would be brought in next March. This will apply to the Inner and Outer Hebrides, the Northern Isles, the islands in the Clyde and the Isles of Scilly.

Mr Osborne suggested he wanted to extend broadband coverage to make it available to 90% of homes in Britain, and set a target of 99% for mobile phone coverage over the next few years, with extra money set aside to do so.

The statement contained a raft of measures aimed at helping small businesses and Tim Price, at NFU Mutual said tax relief on business start-ups coupled with simpler rules on employment could offer good opportunities for farmers to set up new enterprises.

“The detailed text which accompanies the statement also announces consultation on ways to make it easier for farm buildings to be used for non-agricultural purposes – such as offices of workshops. This will be warmly welcomed by many farmers seeking to boost their incomes by diversifying,” he said.

But Mr Price warned that raising the state pension age to 67 from 2026 onwards – would be a blow to many country people and reinforced the need for everyone to look at ways of supporting themselves in retirement.

The statement said higher energy and commodity prices had contributed to the slowdown in the economy by increasing inflation and reducing real incomes. But this pressure was easing and inflation was forecast to fall back to 2.4% by the last quarter next year and 2% by 2013.

• Seed Enterprise Investment Scheme to be launched from April 2012, offering 50% income tax relief on investments, and a capital gains tax exemption on gains realised in 2012/13 and then invested through SEIS in the same year
• £40bn national loan guarantee scheme to be launched in spring 2012 to reduce borrowing costs for small business (less than £50m turnover)
• Annual exempt amount for capital gains tax frozen at £10,600 for 2012/13
• Rate relief holiday for small firms extended by a year to April 2013
• Details of the fair fuel stabiliser to be published in 2012 Budget
• New permitted development rights for non-domestic micro-generation of electricity.
• £5m for taskforce to target stolen metal trade