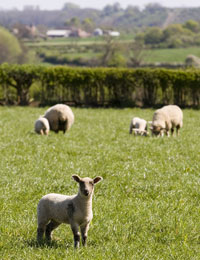 The next stage of CAP reform, which is due to take place in 2013, is likely to see a development of existing support policies, rather than a radical overhaul as is being advocated by some member states.

Addressing the Oxford Farming Conference, director general of the EU Commission‘s agriculture directorate, Jean-Luc Demarty, said that while farmers should certainly be market oriented, it was important they had some form of safety net.

Funds should also be available to encourage farmers to modernise, provide public goods and meet the challenges of climate change.

“I believe that a two-pillar structure for the CAP would still serve us well after 2013. And I believe that a system of decoupled direct payments to farmers should still form the main substance of the first pillar.”

Single farm payments were the most efficient means of supporting a farmer’s income, said Mr Demarty.

“I know that some governments want to base the CAP entirely on payments for the provision of public goods above a baseline of minimum requirements. But analysis shows that such a model would wipe out farming from large areas of the EU and lead to further intensification and industrialisation of farming in other areas,” he said.

To avoid a situation of large-scale land abandonment, direct payments would be essential. But there would be pressure for governments to make the distribution of CAP funds fairer, both within their territories and between them.

It was unsustainable that farmers in Latvia should be getting just €90/ha in support, while Greek farmers got €600/ha.

“This is a very politically charged issue, but it will be high on the agenda.”

Mr Demarty also believed there would still be some kind of market support, though the process of evolution would continue and price support would play a much reduced role.

There would be continued emphasis on rural development, he suggested, as issues such as improving competitiveness, preserving the environment and meeting the climate change challenge prevailed.

It was also likely that more of the EU budget would be targeted at these policies.

Mr Demarty was keen that rural development should still be part of the CAP, as a clearly identified second pillar. If not, the funds could be diverted to regional policy. “The danger is that the money would be drawn strongly towards the magnets of urban areas, in regions that call themselves rural,” he warned.

“This would not be in the spirit of genuine rural development.”

• UK government plans to force farmers to retain the environmental benefits of set-aside by making it a new cross-compliance condition must not lead to restrictions on food production, Mr Demarty told the conference.

“We should avoid allowing this new provision to turn into a constraint on agricultural production which would be tighter than the constraints we are now abolishing, namely compulsory set-aside,” he said.