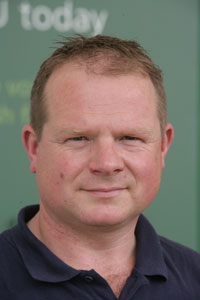 Direct subsidies need to be maintained to allow UK arable farmers to become more market-focused and ride out volatility, the NFU says.

Speaking at the Cereals Event in Cambridgeshire on Wednesday (9 June), Ian Backhouse, NFU combinable crops board chairman, said it was vital reform of the Common Agricultural Policy retained direct support, known as Pillar One funding.

Without it producers would struggle to cope with volatility, food prices would spiral and the UK’s ability to secure food supplies would be damaged.

“We have to strike a balance and the key has to be we need to be more market focused,” he said. “But we need underlying support there that helps us guarantee productive capacity.”

With UK producers being restricted from certain opportunities – such as GM technology – it was vital they were given financial support to continue to produce food in the way regulation demanded, he added.

“When we have restrictions from not being able to use certain technologies, there has to be a price against that.

“Those rules stop us from being as efficient as other countries and the taxpayer has to account for some of that.”

Mr Backhouse said that while the government was pushing for serious and significant reform of the CAP, it was vital funding was not shifted entirely away from direct support.

“With the exception of environmental payments, Pillar Two is a very ineffective way of getting money into the rural economy,” he said.

“The Euro spent in Brussels doesn’t flow down through to farmers, it isn’t accessible to all.

“Pillar One payments are far more beneficial and direct and that’s key – when the policy is negotiated we think it’s important that it’s accessible to all, there can’t be parts of the industry that are excluded from it.

Mr Backhouse said the European Commission appeared willing to listen to the NFU’s concerns and ideas and that the union’s vision document for the future of the CAP, published last month, had been well-received.

“We put a lot of effort in drawing up our policy and we think it’s possible to achieve in Brussels.

“The reaction from MEPs and member states that gives us confidence that it’s not a million miles away from where people want to be.”

For more news and video from the event visit our dedicated Cereals 2010 page.