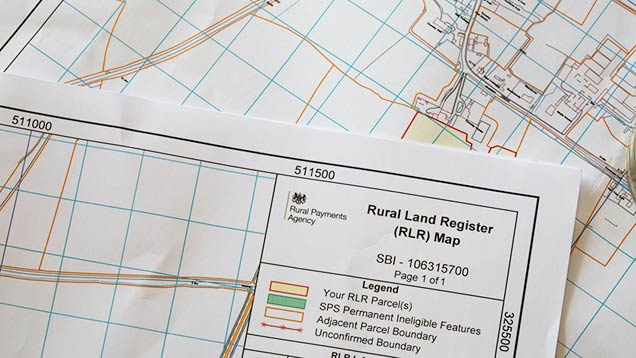 Farmers have been left “frustrated, angry and anxious” by the latest farm payments fiasco to affect the industry, according to the NFU.

The Rural Payments Agency (RPA) announced on Thursday (19 March) that it was suspending its £154m “digital-only” online system to process farm payments this year due to technical problems.

The slowness and complexity of the digital mapping tool has been blamed and, for this year it will be replaced by a combination of online and mostly paper claims.

Instead, from next week farmers will be required to submit Basic Payment Scheme (BPS) applications on “tried-and-trusted” paper forms.

NFU president Meurig Raymond said: “It is clear the situation has become untenable for our members, who are justifiably frustrated, angry and anxious about the developing situation and lack of functionality and communication.

“This has been made increasingly worrying and costly for our members as time is running out and the day-to-day business of farming cannot be put on hold, nor can we waste any further time at this critical period in the farming year.”

The NFU has encouraged members to register on to the new system in good faith, but had been “let down time and time again”, Mr Raymond added.

“We know that some farmers have already spent hundreds of pounds on agents’ fees and this is an unacceptable situation and the failure of the mapping capability of the systems has been a particular bugbear to our members.”

The EU Commission has extended the BPS deadline by one month to 15 June. All 87,000 eligible farmers claiming subsidies in England will still need to register for the online service – either via Gov.UK or by calling the RPA’s helpline on 03000 200 301.

Mr Raymond urged the RPA must now work with the NFU and farmers and share its planning progress throughout the application window and beyond to the payment in December 2015.

The NFU said it is working with Defra and the RPA to ensure on-time payments to farmers remain a top priority for government if they are to retain any confidence from the farming industry.

He said Defra secretary Liz Truss had given him assurances this week that enough resources would be made available so BPS payments can be made in good time later this year.

Mr Raymond added: “What we need now is a very clear timetable for the new application approach, and assurance that farmers can apply without increased risk of penalties or error and will be monitoring the situation closely in the coming weeks.”

The Tenant Farmers Association (TFA) expressed relief that Defra had finally abandoned its plans for online-only BPS applications in 2015.

TFA chief executive George Dunn said Defra had failed to produce a workable IT system and the RPA had been left to pick up the pieces.

“Over past weeks, TFA members have been expressing frustration, annoyance and anger over the faltering, stuttering and incomprehensible IT system that Defra delivered to the RPA,” he added.

“Despite the continuing assurances that the system would be fit for purpose, there has quite clearly been significant doubts within the RPA for a long time. I am only grateful to RPA chief executive Mark Grimshaw, and his long-suffering staff, for the ability to convince Defra to change its line from dogma to practicality.”

A Defra spokesman said: “We support the practical measures that the RPA is taking to ensure that farmers and their agents can submit their BPS claims on time.

“Our priority has always been to ensure that everyone who is registered and wants to make a claim has the help they need to do so.”