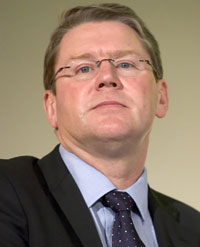 The government wants to introduce compulsory environmental management for producers who receive the single farm payment.

It hopes to achieve this by revising cross-compliance requirements, which must be met by farmers who claim the payment.

Options include taking a small percentage of land out of production, introducing grass buffers, field margins and skylark plots.

But the NFU believes the plan will penalise farmers who have already joined voluntary environmental stewardship schemes.

It disputes assertions that farmers who sign up to the government’s Entry Level Scheme will be least affected by the proposals.

They say this would penalise farmers already in ELS who have already undertaken extra environmental measures on their land.

The NFU also claims that making the new scheme obligatory would heap unnecessary bureaucracy on producers.

This is because farmers would have to keep extra records to prove they were undertaking additional environmental measures.

But cross-compliance was “big stick” territory, he warned.

The Country Land and Business Association has also voiced misgivings about the government’s proposals.

“What we’ve ended up with is not what we would have chosen at this point,” said CLA president Henry Aubrey-Fletcher.

“The moment you put something under cross-compliance it becomes extremely complicated to deliver because everything has to be measured to a fraction of a centimetre.”

He added: “We find ourselves drawn into environmental management under cross-compliance, which isn’t necessarily or probably likely to produce the best outcomes.”

The government proposals are expected to be finalised this spring.

There will then be a public consultation, with the intention that the new requirements will come into force in time for the first ELS renewals in 2010.