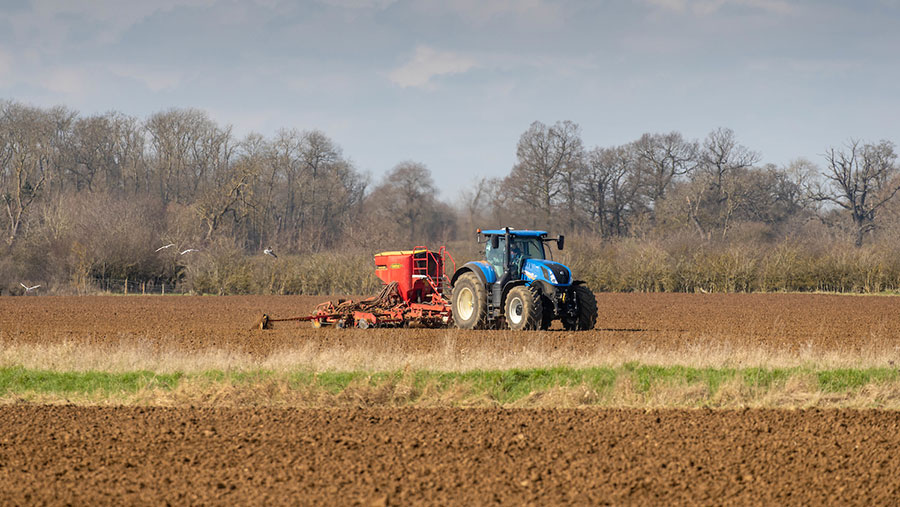 The government must tell farmers if it plans to “leach” money from agriculture to other departments after Brexit, Labour insists.

Boris Johnson’s government has repeatedly insisted that it will support farmers to the same level for the life of this parliament now that the UK has left the EU’s common agricultural policy (CAP).

On Thursday (18 March), ministers passed an amendment to the Agriculture Act in parliament, which will see direct payments for farmers in England cut for 2021.

Defra farm minister Victoria Prentis described the reductions of 5% to the 2021 Basic Payment for about 80% of farm businesses as “modest”, with higher reductions applied to higher payment bands.

Payments will be calculated in sterling from now on.

Her department first published plans for the reductions back in 2018, to give farmers time to prepare for these changes.

Last November, it also issued a timetable of the phased reductions in BPS money to 2027.

“This will free up money so that we can pay farmers to improve the environment, animal health and welfare and reduce carbon emissions,” she added.

All funding released from these reductions will be reinvested into new agri-environment schemes in this parliament, Mr Prentis pledged.

Shadow farm minister Daniel Zeichner questioned why Defra had legislated for funding cuts for only one year (2021), saying it was hard for farmers to make decisions for their businesses without long-term funding commitments.

“I have a fear that in the current financial climate, there may be eyes in the Treasury that would rather like to recoup some of that money,” he added.

And farmers deserved to know if the government planned to leach money out of them “even if it was money well spent”.

Mr Zeichner said he was disappointed that Defra was only inviting “a few hundred” farmers to apply for its SFI pilot, while excluding farmers already in stewardship agreements.

Meanwhile, more than 80,000 farmers were facing real cuts to their farm incomes.

The new schemes must be simple enough to ensure they deliver the environmental outcomes we all want to see, he added, and funding must not be taken away from farmers “ending up in a sea of blue bureaucracy”.

“All the money saved will be going to farmers. The Treasury has demonstrated again and again that it is keen to support farmers and I am absolutely convinced of their backing for these new schemes.”