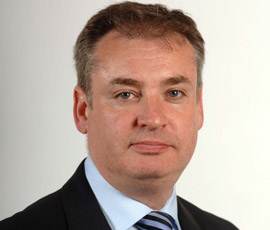 Speaking at a CAP modelling conference in Edinburgh this week (Wednesday 17 April), Richard Lochhead said: “I know there are arguments against capping. But many people, including many farmers, tell me that you cannot justify big payments to individual farms.”

As Scotland prepared to move from a historic-based to area-based direct payments system – the fine details are currently being discussed and a formal consultation outlining a shortlist of ideas will be launched later this year – it was likely farmers would see a shift in support payments, he said.

The move was likely to result in support moving from farms with more intensive levels of production, to those where production was constrained.

“I know that input costs are rising for all farms, on all types of land. Making a living is tough wherever you farm,” said Mr Lochhead.

Mr Lochhead stressed he completely understood why farmers on more productive land were concerned about the move, but said given the budget available, this was the only direction of travel for support payments.

To ensure the move to an area-based system was successful, Scottish agriculture needed to end the “scandal of slipper farming” and ensure only genuine farmers and crofters were awarded support payments.

Support needed to go to “real, active farmers, working hard to eke out a living in tough places, and delivering benefits to society while they do it”, said Mr Lochhead.

It was unlikely there would be one flat rate under an area-based system, and the challenge in the future was to devise a system, which met both environmental and food production requirements.

All the latest news and analysis on Common Agricultural Policy