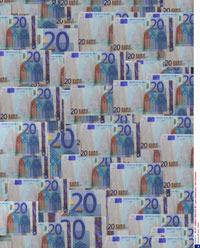 Three times as many English farmers have chosen to receive their 2009 single farm payments in euros compared with last year, in many cases locking into exchange rates available at the start of the year.

Figures obtained by Farmers Weekly from the Rural Payments Agency reveal that almost 1900 claimants in England have asked for euros rather than sterling, compared with fewer than 700 last year.

The increase follows a push by banks and financial service companies earlier this year to persuade farmers to lock into the euro, to take advantage of the weak pound. Most secured a rate of between 90p and 94p/euro, compared with the official rate of 90.93p/euro, announced by the EU Commission at the end of September.

Meanwhile farming minister Jim Fitzpatrick has confirmed that SFP payments will start going out to English farmers in December, and not earlier as allowed under EU rules.

“The RPA expects to at least match its performance under the 2008 scheme, when nearly £1bn was paid out by the end of December,” he added.

For a comment on this story, see Phil Clarke’s Business Blog