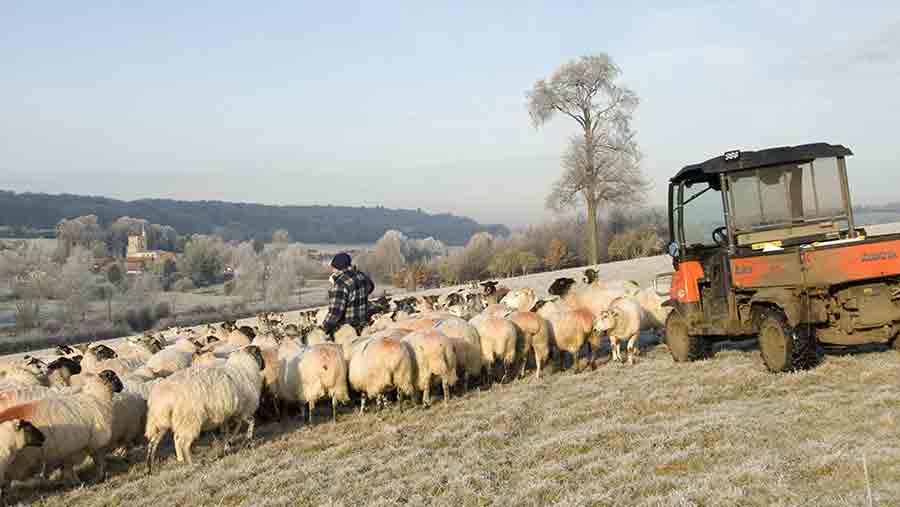 Farmers in England who have not been paid their 2018 Basic Payment Scheme (BPS) cash may have to wait until April 2019 for a bridging payment, Defra has said.

A number of farmers who have not yet received their BPS money have instead been sent a letter from the Rural Payments Agency (RPA) saying the payment will not be made by the end of December.

“We are doing all we can to pay your claim as quickly as possible,” the letter continues. “There may be elements of your claim, such as its size, which mean we need extra time to complete it.

“If we have not been able to pay you by the end of March, we will make a bridging payment to you in early April at the latest.”

In the meantime, the letter advises anyone who is struggling to ask for support from a farming organisation or charity, such as the Royal Agricultural Benevolent Institution (Rabi) or the Farming Community Network (FCN).

More than 65% of farmers in England have received their BPS payment, according to the RPA. The agency aims to pay 90% of businesses by the end of December, suggesting about 10% (8,700) of applicants could have been told to expect a delay.

An RPA spokesperson said: “We have made significant progress so far in making BPS payments to farmers.

“We are focused on getting all remaining payments into bank accounts as soon as possible.”

In contrast, the vast majority of farmers across the rest of the UK have seen loan payments or BPS money already.

In Wales, more than 95% have been paid BPS claims or BPS loans, while in Scotland more than 99% of applicants have already received interest-free BPS bridging loans worth 70% of the total claim.

The Department of Agriculture, Environment and Rural Affairs (Daera) announced on Tuesday (18 December) that a record 98% of farmers in Northern Ireland had received a full or balance Common Agricultural Policy (CAP) payment.

Anyone else not had there BPS payment yet? Just had an email apologising for the fact it won’t be paid before Christmas but if not paid before the end of March a bridging payment will be made! Come on RPA get your act together please ??‍♂️

“Knowing I’m likely going to have to wait months before I see anything is extremely disappointing,” said Mr Smith.

“I don’t suppose I’m alone as a business in having severe cash flow issues at the moment. The NFU was calling for payments in January but it looks like that’s been kicked out of the window.

“On the plus side, we have not been left in the lurch this time. We have been given communication that will help us plan, but it is going to be difficult.”

On 1 October 2018, the RPA took over responsibility of Countryside Stewardship and Environmental Stewardship agreements and is continuing to process these claims alongside BPS.

However, some farmers are still awaiting payment for work completed in 2016 and 2017.

Mr Smith knows at least one farmer who has received the same BPS bridging payments notification letter and is also waiting for Entry Level and Higher Level Environmental Stewardship payments.

“This is doubly unacceptable, especially if people are waiting for more than one year,” Mr Smith said.

“We think about 6,000 Environmental Stewardship payments are yet to be paid for work done in 2017.

“In the last two to three weeks there does seem to have been a significant improvement, with about 800 cases being dealt with a week, though there hasn’t been an update on that in a fortnight, so we don’t know if that pace has continued.”

Rabi has reported a significant rise in the number of working people asking for help after a difficult year in agriculture.

“Often there are multiple issues that bring people to seek our help, rather than just one thing. We know, however, that the weather has hit lots of families hard and many will be dependent on their payments from Defra to get them through the winter.”

Anyone experiencing financial hardship is urged to ask for help by calling Rabi’s confidential helpline (see “Who can help”) or the FCN, which is also ready to provide practical and pastoral support.

What to do next