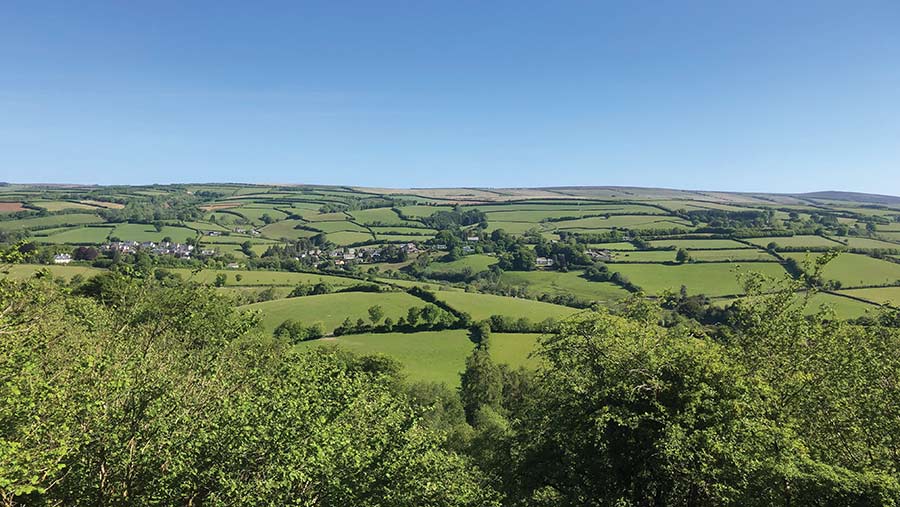 Higher payment rates and the assistance of skilled advisers will be required to make the upcoming Environmental Land Management (ELM) scheme successful, Defra has been told.

Exmoor National Park Authority and the Exmoor Hill Farming Network (EHFN) jointly took part in one of the national test and trials for ELMs in 2020 and have now reported their findings.

A cross-section of different holding types, sizes and locations were chosen, totalling 26 farms.

The main topics the group was focusing on were natural capital and how it can be quantified, spacial prioritisation (defining what farmers can deliver on their land that will make big differences for the whole landscape) and payment levels.

The Sustainable Farming Incentive is one of three schemes that will make up ELMs, and a national pilot for this is due to start in October 2021.

Although Defra has previously stated that ELMs will be a simpler process than previous schemes, one of the main concerns that has been raised is the need for specialist advice.

The key findings the Exmoor group has reported to Defra are:

Robert Deane of environmental consultancy firm Rural Focus, who was working alongside the Exmoor organisations, said he hoped the new system would be fairer.

“We combined several layers of data to build a picture of what each farm delivers for the environment and for people, and created heat maps to show the potential to scale up these activities,” he said.

“The outgoing Basic Payment Scheme simply isn’t set up to account for this level of detail and in some ways hasn’t properly incentivised farmers wanting to do the right thing for nature.

“This is particularly true in upland areas such as Exmoor, where a volatile market and tighter margins leave very little room for manoeuvre.”

Alex Farris, conservation manager at Exmoor National Park Authority, said the opportunity for farm clusters to link up their assets was particularly encouraging.

“This is the kind of landscape-scale nature restoration that hasn’t been achievable until now and could prove the lifeline for many of our native species as we face the realities of climate change,” Mr Farris said.

Dave Knight, chair of the EHFN, said: “About 56% of the National Park is farmland and we hope this report goes some way towards demonstrating to the government what we have to offer, and how best our industry can be supported to deliver multiple benefits for people and nature.”