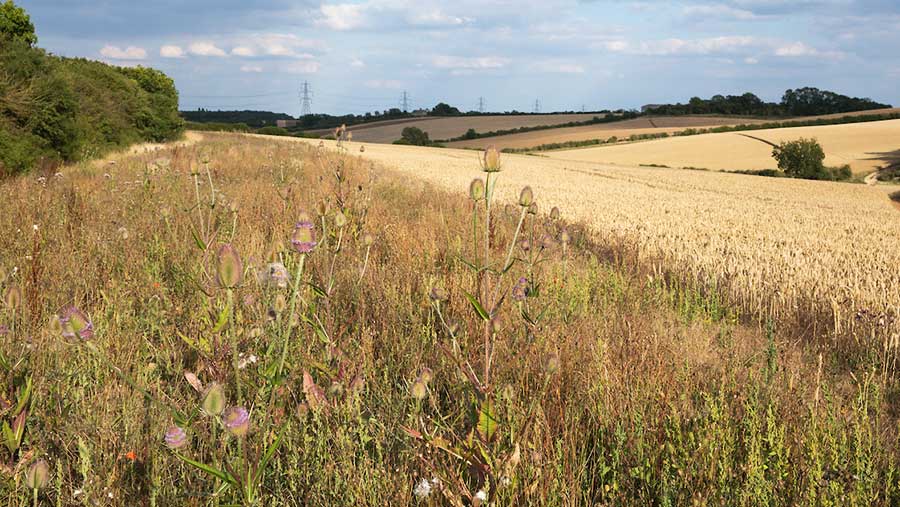 Farmers in England will see Basic Payment Scheme (BPS) funding phased out and new agri-environment funding rolled in over a seven-year transition period under proposals outlined in the Agriculture Bill.

BPS money will be reduced in stages from 2021-2027, with none available in 2028. The cuts have been announced for 2021 but no figures are available beyond that.

See also: De-linked BPS payments: Everything we know so far

The ELMs will replace BPS and Countryside Stewardship funding and its rollout is planned from 2024-2027.

According to a National Audit Office report published in June 2019, Defra aims to have enrolled 82,500 farmers and land managers by 2028.

It will pay farmers for environmental services and benefits, with pricing based on a natural capital valuation approach.

The scheme will reduce the complexity of the application process, according to Defra.

As of Monday 9 September, this version of the Agriculture Bill will make no further progress, as it failed to complete its passage through parliament before prime minister Boris Johnson suspended the session.

The 2020 Agriculture Bill was introduced on 16 January and funding via the ELMs is still an integral part of the proposed changes.

It confirmed the main areas farmers will be expected to deliver on include clean air, reductions in environmental hazards and pollution, thriving plants and wildlife, clean water, enhanced landscapes and measures to minimise the effects of climate change.

However, the Bill still has to go through the parliamentary process and could be amended. It could also be changed or scrapped by a new administration.

The progress of the Bill can be tracked on the parliament website.

The government released an ELMs policy discussion document on 25 February that proposes the introduction of a single scheme with three tiers.

This would encourage farmers to adopt environmentally sustainable farming and forestry practices and they would be paid for taking action rather than delivering outcomes.

This would encourage farmers, foresters and other land managers with specialist knowledge to deliver locally targeted environmental outcomes. Payments could be received for services such as tree planting, flood mitigation and habitat creation, restoration or management.

This would pay farmers and land managers who undertake transformational landscape-scale projects, such as restoring peatland.

This page will be updated as more information about ELMs is released.This article was last updated on 26 February 2020.