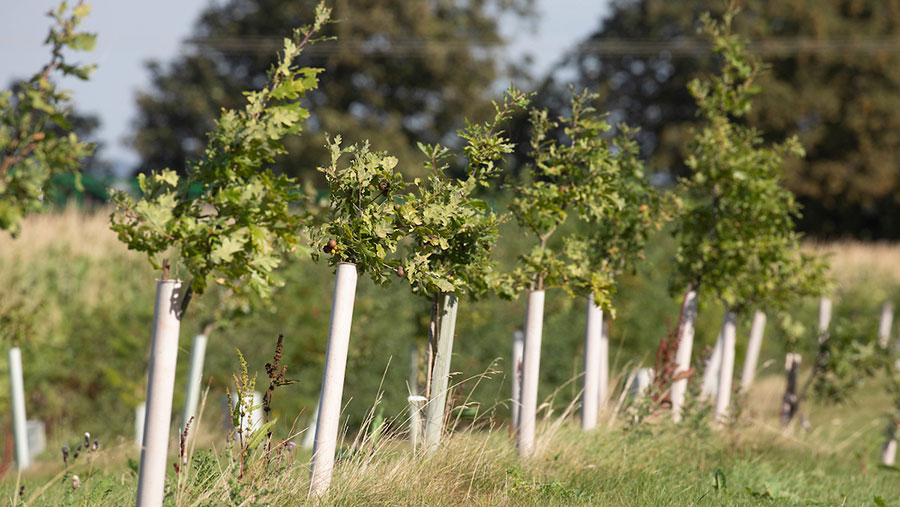 The government has set a target of trebling tree planting rates in England to 7,000ha each year by May 2024 as part of its new England Trees Action Plan.

The plan will be set out in detail on Tuesday (18 May), but ahead of the launch Defra has publicly put a figure on what England’s contribution should be to meet the UK’s target of planting an additional 30,000ha/year by 2025.

The new 7,000ha/year target is about the same area of trees that were planted in total in England between 2016 and 2020, according to recent figures from the Forestry Commission.

The action plan will be unveiled by Defra secretary George Eustice, who will set out how new measures to increase tree planting will form a central pillar in the government’s efforts to reach net-zero emissions by 2050.

He will outline how some woodland might be created through natural regeneration, as well as programmes of tree planting.

The bulk of new woodlands in England are currently native broadleaf trees – a trend that the government wants to keep going given the additional benefits they provide for nature by supporting native insects, birds and other animals.

The action plan is also expected to include new initiatives to improve tree health, create more woodlands in cities and deliver green jobs.

For example, new funding will be made available to tree nurseries to improve domestic tree production and maintain high levels of biosecurity.

Mr Eustice is expected to stress in his launch speech that the government wants to make sure that the right trees are planted in the right places.

The Forestry Commission was forced to admit last year that it had made a mistake in granting a landowner permission to plant trees on peat heathland, because of the impact on what was already an important habitat.

Farm leaders are also warning that consideration needs to be given to the amount of productive agricultural land that is shifting from agriculture into forestry.

NFU deputy president Stuart Roberts acknowledged that tree planting was a crucial part of the UK’s plan to reach net zero, but said it must be carefully considered with the right policies and incentives to ensure it can work alongside productive farming.

It was not “an either-or situation” as planting trees and managing bigger hedgerows forms a key part of the NFU’s net-zero plan and farmers recognise their role in helping to deliver it.

“But we must be smart in our approach as we cannot end up in a situation where we are losing productive and versatile farmland and reducing sustainable domestic food production, only to increase our reliance on food imports from countries with lower environmental credentials,” said Mr Roberts.

“The key thing is to make sure the right tree is chosen for the right place, whether it’s the creation of woodland or just one tree.”