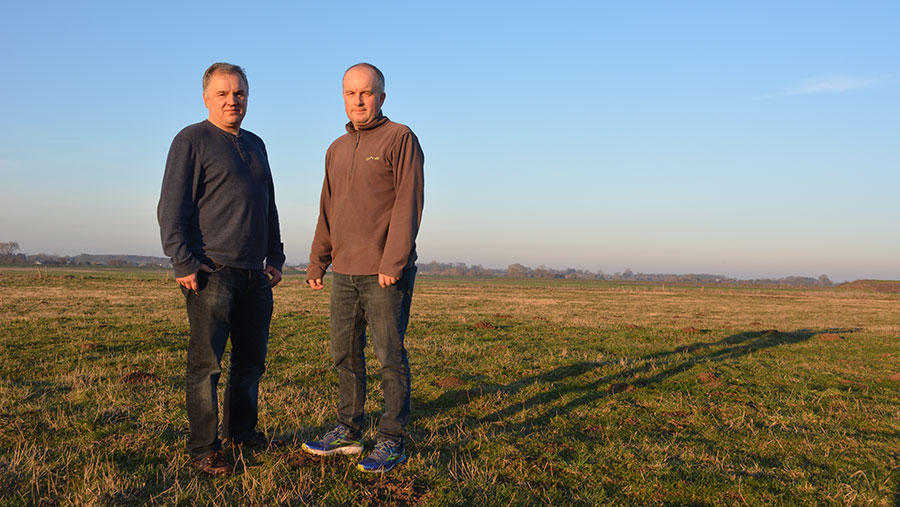 A Lincolnshire farmer has won a landmark battle to bring farmland back into production after it was placed in a 10-year environmental stewardship scheme.

Rob Applewhite, who farms with his brother, Ed, at Washingborough, south-east of Lincoln, placed 150ha of arable land into a Higher-Level Stewardship scheme in 2007. Under the scheme, the brothers agreed it would remain uncultivated for 10 years.

The aim was to rest the fields and let them revert to wet grassland – maintaining and creating habitats for breeding and wading birds. The land would then be brought back into arable cultivation and farmed as it had been previously.

But when the 10-year scheme ended, Natural England refused permission for Mr Applewhite to cultivate the land. Ploughing and returning the fields to arable production could damage or destroy any underlying archaeological features, it said.

“We had grown carrots down there – on a one-in-eight-year rotation – so the scheme was going to be perfect,” said Mr Applewhite. “But we would never have gone into it if we had known we wouldn’t be able to get the land back out again.”

A three-year battle followed to get the land back into production. Mr Applewhite said he only wanted to cultivate the fields in the same way they had been farmed before the stewardship agreement – so there would be no damage.

Losing three years of cropping cost him £200,000. Mr Applewhite was also asked to pay for a series of environmental assessments. But what worried him most was the devaluation of the land because it could no longer be cultivated.

“The things they wanted me to do would have cost thousands and thousands of pounds,” he said. “Everyone thought it was crazy. It shouldn’t have even got to that stage. It’s shocking how much time has gone into this producing paperwork and reports that had to be done – it’s unbelievable.”

Finally, Defra wrote to Mr Applewhite this month saying the land could now be cultivated. Farm minister Rebecca Pow had decided to allow his appeal – and the land could once again be put into arable production.

The one-page letter from Defra said: “She has determined that the works would be unlikely to have a significant effect on the historic environment compared to what would have occurred under previous arable cultivation.”

Farm adviser Julie Wade, senior agribusiness consultant at Fisher German, said the decision could benefit other farmers in a similar situation. “We’re delighted for Rob and his family – it’s just a shame it has taken so long to get the outcome,” she said.

Ms Wade added: “There is advice out there to help you go through the process and obviously once the application is done and the correct procedures completed, [it shows] you can come out of these schemes where there is a change in legislation.”

“We respect the decision by the minister and will continue to work to ensure this unique area is protected and to ensure that public money is used in ways that deliver value.”