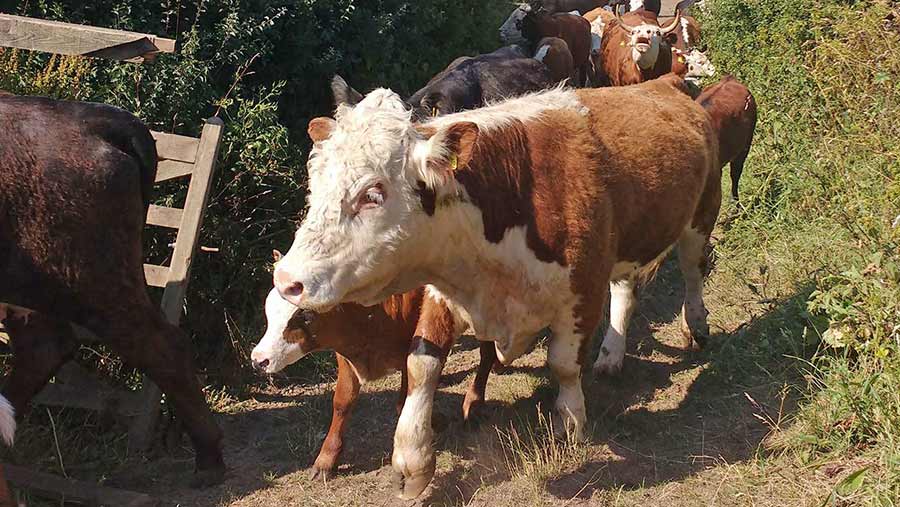 Cattle on the Cornish farm run by Rona Amiss

Farmers are being told to pay back hundreds of pounds that the Rural Payments Agency (RPA) accidentally overpaid after being sent invoices with an immediate due date.

Farmers Weekly reported last week that the RPA was in the process of contacting about 1,000 farmers who had received overpayments totalling £5m for their agri-environment agreements.

The RPA said it made payments to 15,000 farmers in July for Countryside and Environmental Stewardship scheme historic revenue claims, but then discovered it had paid out £5m in capital works for which payment was not due because of a “systems error”.

The agency said the issue would be addressed through “alterations to future CAP payments to ensure each customer receives the correct amount” and farmers could call or email the RPA for further advice or information.

However, a number of farmers have already been sent an invoice for the overpayment, which was sent with the same date as the payment due date.

No response from RPA 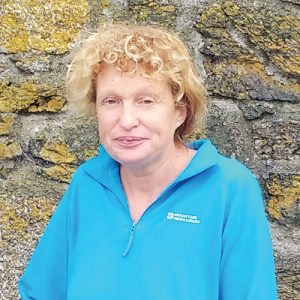 Rona Amiss farms beef and sheep at the most southerly point of Cornwall on a 97ha National Trust coastal holding surrounded by Sites of Special Scientific Interest.

A Higher Level Stewardship (HLS) agreement, which is due to end in 2022, was already in place when the Amiss family moved to the tenant farm in 2012.

The RPA sent an email on 9 August saying it had mistakenly included a capital claim of £900 that had already been paid and needed to be recovered.

The following week Mrs Amiss received an invoice dated 15 August with a payment due date of 15 August.

Though Mrs Amiss replied and suggested the money was taken off her next payment, she did not receive a response.

“We do HLS to make the farm profitable and it’s really important for small livestock farmers like us so we can farm how they want us to farm,” said Mrs Amiss.

“We do rely on subsidies because people aren’t paying the right amount for food and what we do get goes straight to the landlord.

“Years ago they worked with you and wanted you and your business to be successful, but now it’s so complex to apply for schemes and difficult to know what you’re owed.”

Mrs Amiss, who has diversified into a tearoom and farm shop, said a couple of years ago the farm had an inspection and though no problems were found the RPA failed to process this and withheld the payment.

When questioned, the RPA paid out immediately, and it’s in this rush that the overpayment may have occurred, she says. The changes to how and when payments were made to farmers made it difficult to know what was due.

“It doesn’t seem to be about supporting farmers any more and it’s really frustrating,” she said. “Some farmers must be facing much higher repayments than me to account for the £5m total overpayment.

“I don’t have much confidence for a new regime and I do wonder if we’ll receive our payments in December.”

Organic beef and sheep farmers Martin and Pauhla Whitaker from Gloucestershire have also been contacted by the RPA and have been told to repay £1,500.

First fearing the email stating a bill was on the way was a scam, the Whitakers phoned the RPA to clarify and were told there had been a significant overpayment because the agency was pushing to not have too many overdue payments.

“The letter arrived dated 15 August with the invoice due for payment on 15 August,” said Mrs Whitaker.

“I think the email gave us until the end of last week to pay. We put a cheque in the post and they cashed it straight away.”

The couple’s farm is in the HLS scheme and the RPA stated the overpayment was for a capital claim.

“The email gives the impression that they’re leaving the door open for further claims for repayment in future, but it didn’t give an option for it to be recovered from future payments,” said Mrs Whitaker.

“I can’t wait to see how well they cope with the post-Brexit world if they still haven’t got the current system sorted after all these years.”

NFU deputy president Guy Smith has asked the RPA to apply a soft approach to recovering this money from farmers who have been overpaid by no fault of their own, to avoid stress at an already turbulent time for farming as the Brexit deadline approaches.

He said: “Many farmers will rightly be struck by the glaring unfairness and bitter irony of being asked to pay money to the RPA in double-quick time having had to wait months, if not years, for money owed to them by the same organisation.”

An RPA spokesman said: “We have a variety of mechanisms in place to recover money which has been received as part of an overpayment.

“These include sending a dated invoice with the recovery letter giving customers sufficient time to make the repayment or offering the alternative of making alterations to future CAP payments, to ensure each customer receives the correct amount.

“It is standard practice in circumstances such as these for an immediate terms invoice to be issued which requests the amount be repaid as soon as possible.

“Customers have been given a contact number and email address should they need to speak with the RPA about their specific circumstance.

“The RPA will always seek to respond to all queries as soon as possible, but apologise for any delays experienced by customer.”