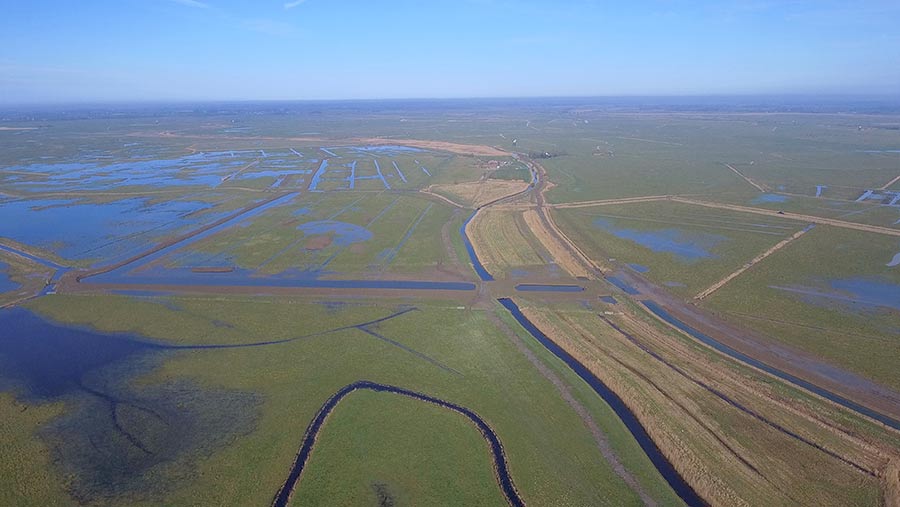 A £2m project benefiting farmers and the environment is being heralded as a blueprint for similar land management schemes after the UK leaves the European Union.

Bringing together conservationists, landowners and drainage experts, the project involves managing water levels on the Halvergate Marshes in east Norfolk in a way that benefits wildlife and extends the season for grazing livestock.

Those behind the scheme say it shows what can be achieved when public money is used to deliver public goods – as proposed by the government’s Agriculture Bill, which sets out plans for a post-Brexit system of farm support largely based on environmental measures.

Although farmers do not receive any payments under the Halvergate scheme, they will benefit from the use of taxpayers’ money to provide them with better-quality grazing over a longer period.

Halvergate Marshes is one of the largest sites of its kind in Europe and an internationally important wildlife habitat. Encompassing some 1,400ha, the low-lying, freshwater marshes are also used by some 100 local farmers to graze beef cattle.

Reclaimed more than 400 years ago, the marshes now sit below sea level.

Climate change predictions show that availability of this fresh water will become less reliable due to higher tides, rising sea levels and longer periods of drought.

The £2.1m partnership project between the RSPB and the Norfolk Broads internal drainage board has seen the construction of a new 4km watercourse to ensure fresh water is always available for livestock and wildlife.

Controlled by computer, the new watercourse – known as a higher level carrier – leads from the nearby River Bure. 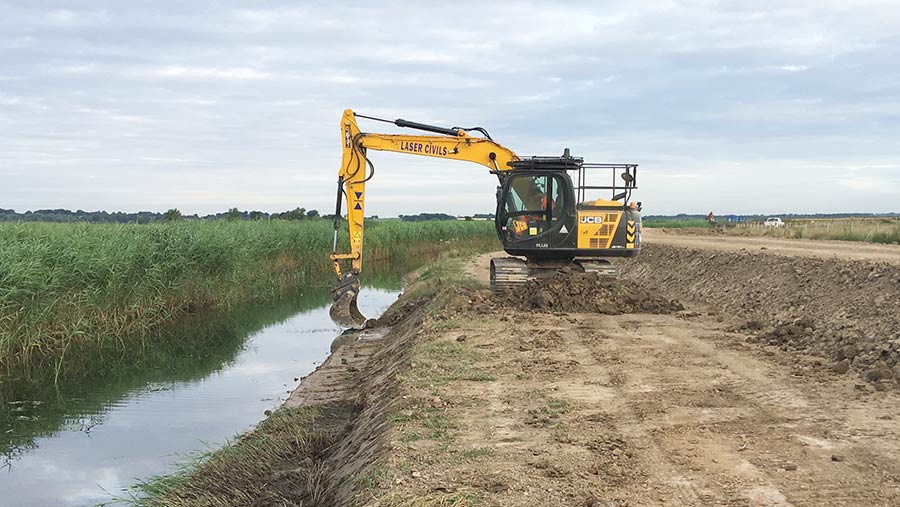 It allows some 60,000cu m of fresh water to be stored at any time and used for farming and wildlife.

RSPB site manager Mark Smart says: “With climate change impacting our environment, we can see that sea levels are rising and the regularity of tidal surges is predicted to increase, having major consequences on inland landscapes like Halvergate.”

Involving the Water Management Alliance (on behalf of the Broads internal drainage board) and local landowners, and with funding from the Environment Agency, the project will ensure fresh water is always available.

Mr Smart says: “The project itself will offer a reliable supply of fresh water, especially in times of drought or flood, supporting and protecting freshwater species and wet grazing practices and, ultimately, allowing the marshes to adapt to climate change in the future.”

The three-year Defra-funded scheme was officially opened this summer.

Managing the water levels will ensure landowners can deliver on their agri-environment commitments, while supporting their commercial grazing businesses.

Farming beneficiaries of the project 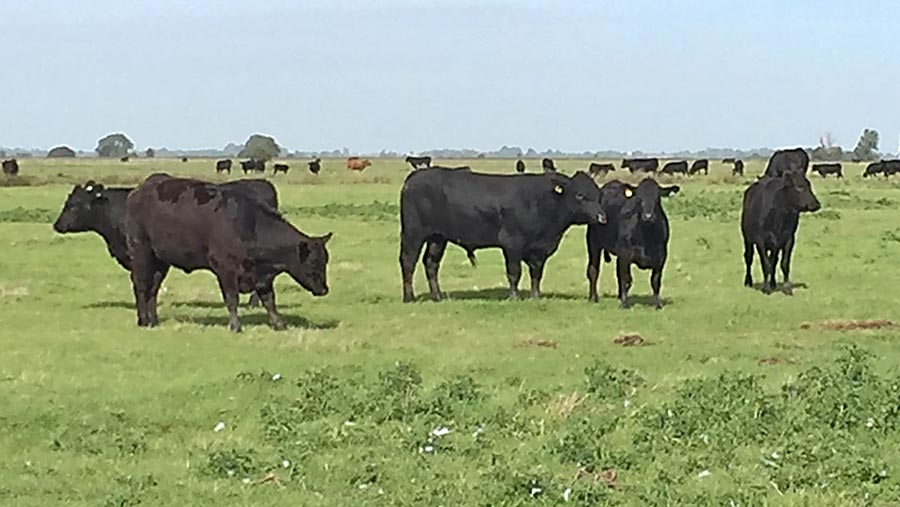 Beneficiaries of the Halvergate project include Beckhithe Farms – one of the country’s largest and most highly regarded beef producers.

Beckhithe grazes about 3,600 cattle, youngstock and followers at Halvergate.

The creation of the additional watercourse and storage facility means there is more scope for water to be managed and maintained at the optimum level – in both wet and dry years.

“We benefit in two ways,” explains Beckhithe manager Gary Gray. “We are the grazier for a large part of the marsh and we have land in Higher Level Stewardship, too.

“The scheme guarantees the fresh water for our main requirement, which is for quality grazing.”

Optimum freshwater levels are key for maintaining the marshes – too much water can encourage poaching.

But too little fresh water can be just as bad – increasing the risk that seawater will encroach on the area. High water levels can cause poaching, says Mr Gray.

But the number of breeding waders has increased since the scheme has been in place and the farm business is working well alongside the RSPB’s conservation efforts, he adds.

The marsh is home to wading birds such as lapwing, common redshank and common snipe, as well as large numbers of overwintering geese and wildfowl. It is also grazed extensively by beef cattle belonging to numerous farmers in the area.

Connecting the river directly with the marshes enables fresh water to be conveyed far deeper into the area than previously possible.

Ecologist Jenny Gill, from the University of East Anglia, says: “The future is also about maintenance, because if these channels, dykes and watercourses are not maintained, they will not be fit for purpose.

“The ongoing work of the internal drainage board is fundamental to the success of this scheme going forward.”

Similar schemes could be introduced across UK

The RSPB has identified 37 UK landscapes where it believes schemes similar to the Halvergate Marshes project could be introduced.

Innovative approaches and collaboration between conservationists and landowners are key in all these locations to increase the amount of wildlife in the landscape, believes RSPB conservation director Martin Harper.

“The reason we are interested in Halvergate and why we have worked so hard is because we are primarily interested in getting the wildlife condition right.

“But it is also a working landscape and I understand that there are more than 100 farmers that work Halvergate.

“It is testament to the incredibly strong relationships built up over the years that [the project has] delivered these multiple benefits.

Lack of fresh water and the threat of salt water getting into the marshes had posed a shared risk to both agriculture and wildlife, said Mr Harper.

Recognising this, the project had brought people together and created a shared solution, he added.

“What I see in this scheme is an example of the way I think we should work across the country, which is working together to come up with a shared vision that works for people and for wildlife at scale.

“I hope this is the start of more projects and an inspiration to others.”