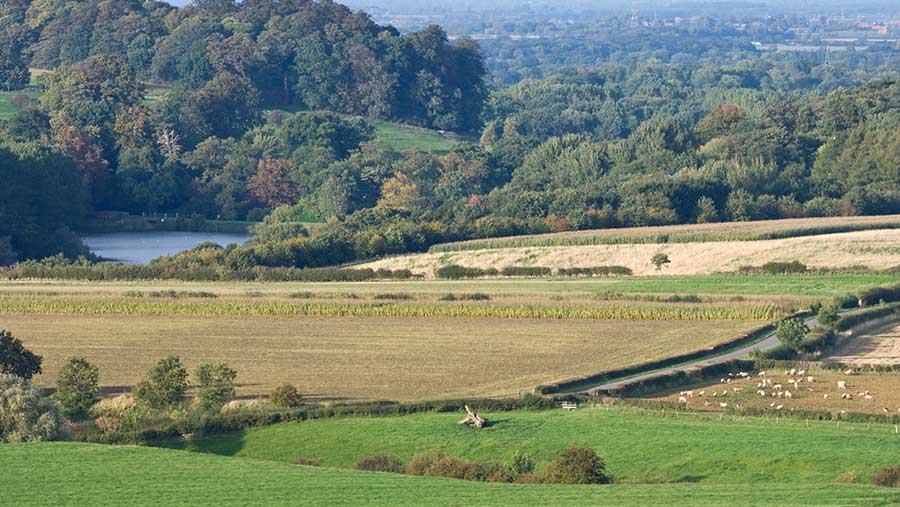 Signing up for new stewardship agreements and setting up additional enterprises through diversification could be key to helping farmers bridge a subsidy funding gap from the UK government.

The Agriculture Bill’s proposed transition period will see Basic Payment Scheme (BPS) funding phased out from 2021-2027 and the new Environmental Land Management scheme (ELMs) rolled out from 2025, after a test and trial period, currently under way, with pilots running from 2021.

The ELMs will see farmers paid for the delivery of environmental services and benefits, with pricing based on a natural capital valuation approach.

However, with little detail yet on how this transition will take place, advisers are concerned farmers may face a funding gap or shortfall and are urging them to plan for this.

BPS cuts have been announced for 2021, but no figures are available beyond that.

As the ELMs rollout is currently planned from 2025-2027, it is unclear when it will be available nationally and there is no indication of the rates of support available.

The UK government has guaranteed the same cash total of BPS funding until the end of this parliament (expected 2022), but what happens after that is unknown.

In addition, there is the question of whether there will be a general election before 2022.

What we don’t know

George Chichester, director in the farming department of Strutt & Parker, said it is difficult to know what farmers should do until further ELMS details are announced, but advises looking into entering national and region-specific stewardship agreements that fit their system.

Countryside Stewardship (CS) five-year schemes that start this year will run until 2024, which should span the period of ELMs details being announced, he said.

The treasury has guaranteed funding for CS agreements signed by 31 December 2020.

“This is assuming we leave Europe, the Conservatives stay in power and the Agriculture Bill goes through as it is,” Mr Chichester said.

“Farmers may want to rethink entering CS if they previously weren’t keen, as it means funds will be coming in over the five years the ELMs isn’t available anyway.”

See also: Delinked BPS payments: Everything we know so far

Though the ELMs details are as yet unknown, Mr Chichester thinks it likely hill farmers will pick up more money than those on non-SDA land.

Similarly, it’s unlikely money will be approved in ELMs applications just for including current agri-environment elements, such as buffer strips on arable land. Instead the emphasis could be on improving air quality, for example, he said.

Starting other enterprises as a diversification or taking advantage of contract farming and joint-venture arrangements could help move away from the risk of the commodity market.

“Some diversification may tally in with the Agriculture Bill proposals,” he said.

“If you are a contractor, you may want to look into expanding your operation and working elsewhere to get those economies of scale, or on the other side, getting in contractors on your farm helps reduce your own financial investment, so it can be a win-win situation.”

Farmers can also make use of grants on offer, such as the Countryside Productivity Small Grant scheme, expected to reopen later this year.

Farmers need more clarity from Defra about the BPS percentage reductions in order to be resilient and competitive in a post-Brexit world, said Lynette Steel, policy adviser at the Tenant Farmers Association (TFA).

In addition, it is vital that the government does not diminish current funding until new schemes are made available.

“The TFA has been working with Defra on Countryside Stewardship transitional agreements, which, subject to approval, will be more streamlined than the current agreements and will be offered during this specific period,” Ms Steel said.

“That said, our advice to members is that waiting for a better offer under a transitional agreement or the new ELMs could be wasting an opportunity.”

The NFU has also been in discussions with Defra on ensuring there is no funding gap, says Claire Robinson, senior countryside adviser.

“There are lots of unknowns at this stage, but there is an opportunity to get improvements for current agri-environment schemes as we move out of EU rules,” she said.

“Michael Gove has promised farmers transferring from these schemes into ELMs will not be disadvantaged and we are keen to ensure this access is maintained.”