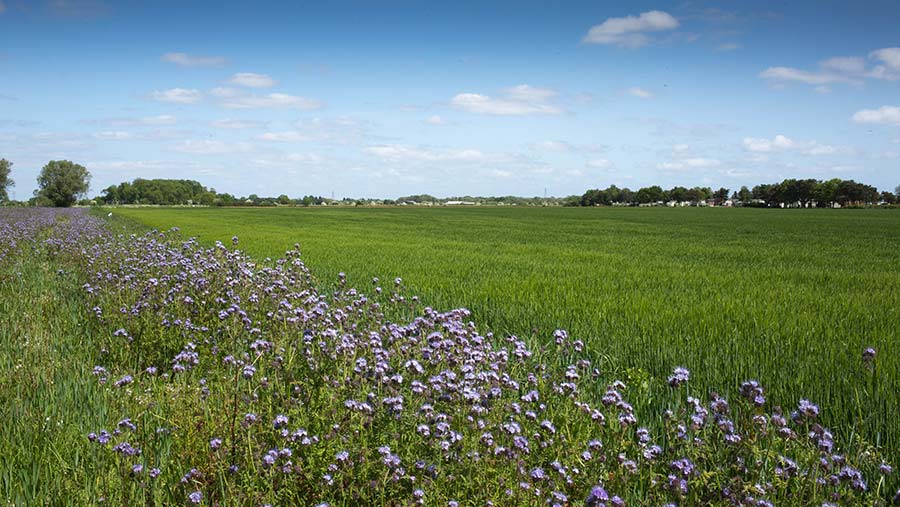 Defra has released details of its forthcoming Environmental Land Management (ELM) scheme, which will form the cornerstone of post-Brexit farm support in England.

The ELM scheme will reward farmers who undertake environmental measures on their land – providing “public goods” such as clean air, water and climate change mitigation.

Due to be up and running by 2024, it will be gradually introduced as Basic Payments to farmers are phased out over seven years starting in 2021.

Proposals introduced by Defra secretary George Eustice include three tiers of entry to the ELM scheme, “enabling anyone from any farm or land type to participate at the right level”.

Tier One of the scheme would encourage farmers to adopt environmentally sustainable farming and forestry practices.

Tier Three would pay farmers and land managers who undertake transformational landscape-scale projects – such as restoring peatland – over and above tiers one and two.

A government consultation will give farmers and land managers 10 weeks to have their say on the details of the ELM scheme, Defra said on Tuesday (25 February).

“Now more than ever, efforts for the environment are absolutely critical, and no group has more power to reverse environmental decline than our farmers,”  Mr Eustice said.

The government has also published a future farming policy update, as the Agriculture Bill goes through the committee stage in the House of Commons.

The update sets out how future policies will be designed to ensure that increased productivity goes hand in hand with environmental initiatives.

On productivity, new government grants from 2021 will help farmers invest in equipment and technology to increase their productivity and deliver environmental benefits.

From 2022, Defra says it will support research and development projects to help farmers benefit from innovation, producing food more efficiently and sustainably with lower emissions.

The government says it also wants to strike a new deal with farmers to promote the production of healthier, higher-welfare animals.

This will involve publicly funded schemes for farmers to deliver animal health and welfare enhancements which go beyond the legal minimum.