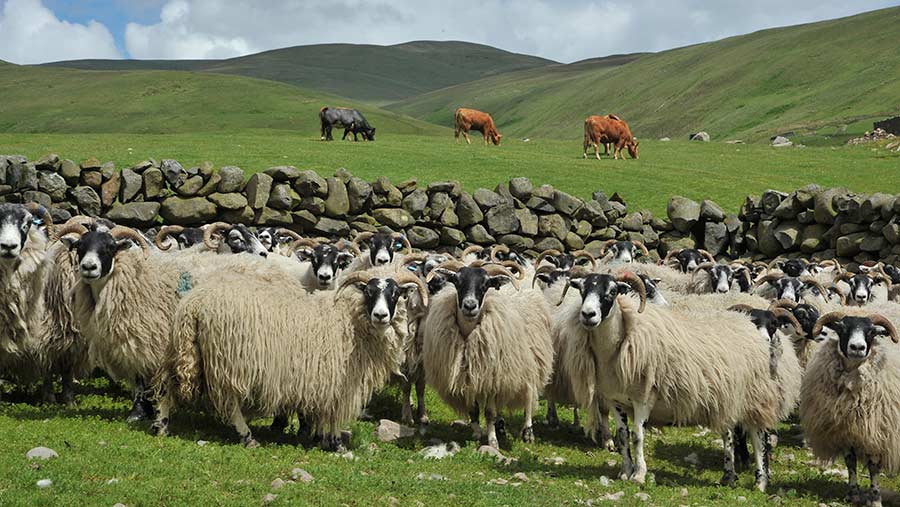 Farm leaders in Scotland have vowed to fight on for Less Favoured Area support to continue at current funding levels, warning that cuts on the table raise the risk of agricultural land abandonment and environmental degradation.

The EU regulations actually require a reduction to 20% in 2020, but the Scottish Government had said this would be unacceptable, so is pushing for a smaller reduction.

Scotland’s rural affairs secretary Fergus Ewing said the situation was “not ideal”, but the government had been left with no option but to revise payments down.

About 80% of Scotland’s farmland is classified as a Less Favoured Area (LFA), meaning about 11,000 farmers and crofters qualify for LFASS payments.

The European Commission is demanding the reductions because it wants the LFASS replaced by an Areas of Natural Constraint (ANC) scheme.

“Our hill farmers and crofters continue to face significant challenges from both adverse weather and Brexit uncertainties and we are already seeing reduced livestock numbers and land abandonment,” Mr Ewing said.

“Therefore, I will continue to strongly push for further revisions and have submitted proposed amendments to give more flexibility in setting the rates for 2020 – a move I fully expect the UK Government to support.”

But in a live Facebook chat session on Monday (7 January), NFU Scotland president Andrew McCornick said the £65m annual spend on LFASS payments offered value for money in helping to preserve local communities and jobs, and the union would continue to make that argument.

The union had a meeting with government officials scheduled for next week to discuss the issue and it was high on his agenda for a face-to-face discussion with the cabinet secretary, he said.

“We, as the NFUS, have always said that we consider LFASS payments to be a lifeline payment, especially in the more challenging and difficult areas in Scotland.

In a separate statement from the union, Jonnie Hall, director of policy, said the Scottish Government’s announcement was no surprise, but the cuts remained “completely unacceptable to NFU Scotland”.

“The net result of cuts to LFASS, unless reversed, will be a significant reduction in cashflow to our most rural communities, challenging our more extensive livestock sectors and the Scotch brand it underpins and the risk of yet more agricultural land abandonment in some quarters,” he said.

“The union’s position is that the LFASS payments are absolutely vital and any cut in them must be avoided at all costs.

“This is a message we continue to take to our political representatives.”