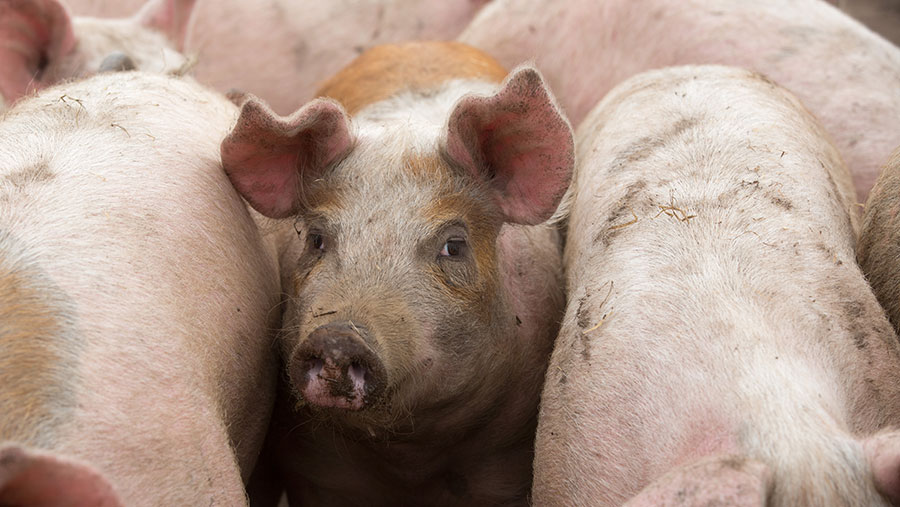 Pig farmers in Northern Ireland who are eligible for the government’s £2m support package are being urged to apply as soon as possible.

The Department for Agriculture, Environment and Rural Affairs (Daera) has said the scheme, which it first announced in March, opens for applications from this week.

The scheme will make payments to those pig producers who incurred price penalties on overweight pigs that were outside contract specifications from September 2021 to February 2022, due to the backlog situation on farms.

As these price penalties are different for each pig producer depending on their circumstance, Daera is not announcing a specific “payment rate”, as has been the case for other schemes.

Eligible pig producers will receive a letter inviting them to apply through Daera Online Services.

Glenn Cuddy, pork and bacon chairman for the Ulster Farmers’ Union (UFU), said the opening of the scheme came at a critical time when farmers were struggling to manage soaring costs and were uncertain as to how much longer they could continue.

“This funding is badly needed and will be greatly appreciated by our producers.

“However, it’s important to stress that it’s a short-term scheme for local pig farmers that will provide reimbursement for some of the losses sustained over the winter months.”

Mr Cuddy added that pig producers continued to endure serious losses due to market volatility and increasing production costs that have been aggravated further by the war in Ukraine.

“This scheme, although greatly valued, is not going to be enough to save the pig sector overnight.”

The UFU continues to engage with processors and retailers in a bid to get the prices paid to pig producers closer to the costs of production.

It argues that the price could be increased, while still allowing products to remain affordable to consumers.

“An injection of a modest portion of financial support into the supply chain will benefit everyone, ensuring all within the agri-food supply chain comes out the other side,” said Mr Cuddy.