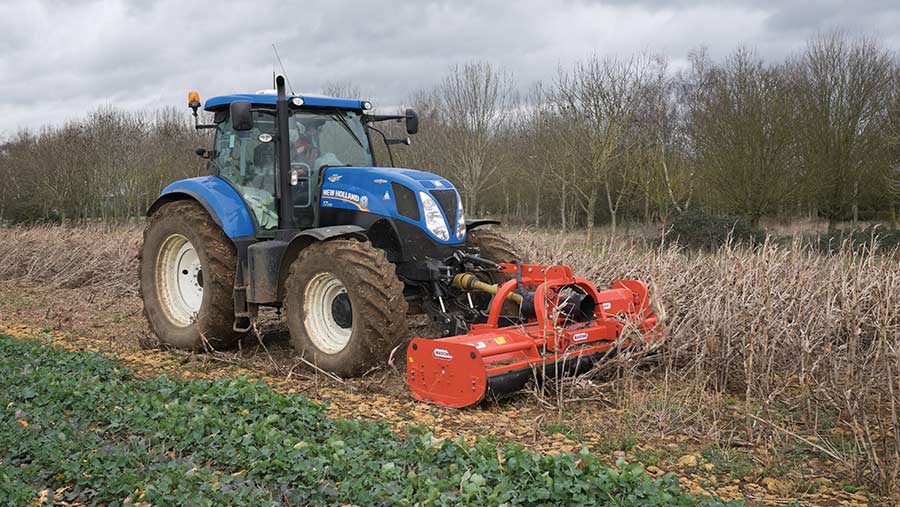 Soil health and regenerative farming techniques will be the key focus of the government’s new Sustainable Farming Incentive (SFI) scheme, which opens for applications from farmers in England next year.

Some 938 farmers are currently piloting the options for improving soil health – and Defra says it has already learned a lot to help develop rules and standards for the 2022 scheme.

For SFI 2022, farmers will be paid between £20/ha and £58/ha to protect soils. These payments will be made quarterly, with each one representing 25% of the overall payment.

“It focuses on soil health because the health of our soils is critical to improving both biodiversity, water quality and the production of a healthy crop,” Mr Eustice said.

Three soil standards will be available in the early rollout of the scheme:

Defra has confirmed that it will fund a yearly vet visit for a health and welfare review of livestock. This will initially be available for farmers who are eligible for the Basic Payment Scheme (BPS) and keep more than 50 pigs or 20 sheep or cattle.

Farmers will be allowed to have an SFI agreement on the same parcel of land as a Countryside Stewardship agreement, but they cannot be paid for the same action twice. The actions must also be compatible.

More details on the two other ELM schemes – Local Nature Recovery and Landscape Recovery – will be released in the new year.

Rollout of the Sustainable Farming Incentive

Mid-2022 Launch and early expansion with focus on soil health

Late 2024 Test, trials and piloting to end and scheme to open fully

The government wants to attract at least 70% of eligible farmers of all farm types claiming the BPS (about 88,000) to the SFI, which aims to ensure no soils are left bare over winter, as this can cause run-off and soil erosion.

But critics say the SFI payment rates are “disappointing” and are not enough to encourage farmers to apply. Farmers have been told not to expect a “like-for-like” replacement for BPS.

If sign-up numbers for SFI are low, however, the Treasury could divert the money elsewhere.

As agriculture is a devolved policy issue, Scotland, Wales and Northern Ireland are developing their own post-Brexit schemes.

The Arable and Horticultural Soils standard offers between £22/ha and £40/ha a year, and includes activities such as testing of soil organic matter (OM), assessing soils and producing a soil management plan.

At least 70% of land in the standard must have green cover over the winter months (December to February). This can include any kind of green cover, including autumn-sown crops and weedy stubbles.

Organic matter must be added to one-third of the land in each year; for example, green cover crops must be grown one year in three on land parcels.

For the intermediate level (£40/ha a year), all the above requirements will apply, but a multispecies green cover must cover at least 20% of land.

The Improved Grassland Soils standard offers between £28/ha and £58/ha a year, and includes activities such as testing soil OM, assessing soils and producing a soil management plan.

No more than 5% of bare ground will be permitted over the winter, and the remaining 95% must be in green cover to protect soil.

For the intermediate payment (£58/ha a year), all the above requirements will apply, including herbal leys on at least 20% of the land.

Defra plans to add an advanced level to both these standards from 2023 onwards.

For the Moorland and Rough Grazing introductory standard, farmers will be paid £148 a year for each agreement, plus an additional payment rate of £6.45/ha.

Intermediate and advanced levels for moorlands will follow later in the SFI rollout.

Defra says it is working with the Tenant Farmers Association, the CLA and the NFU to make the SFI work for tenant farmers.

SFI scheme agreements will last three years, rather than five years for Countryside Stewardship, with the ability to make amendments every 12 months.

During early rollout in 2022, as a transitional measure, farmers with two or three years left on their tenancy will also be able to enter this land into the SFI. They will be able to exit the scheme after two years with no penalty.

There will be no requirement for landlord permission for a tenant to enter SFI 2022. But tenants should check their tenancy agreements to make sure they can participate in the scheme before applying.

Farming organisations have given a mixed reaction to the SFI 2022 proposals.

The NFU said it was vital that the SFI recognised the significant costs farmers could incur in delivering public goods, and fully reflected that in the payment rates, at a time when direct payments were being phased out.

The AHDB welcomed the added flexibility in the SFI 2022 agreements, saying farmers had the option of entering a field or two and reviewing the situation after a year.

Conservationists have accused Defra of failing to protect nature and wildlife in its new scheme for sustainable land management.

The Wildlife Trusts, the National Trust and the RSPB said a “shocking lack of ambition” in the Sustainable Farming Incentive (SFI) scheme broke Brexit promises and put the government’s 25-year environment plan in jeopardy.

They accused the government of failing to come up with a proper plan to boost nature-friendly farming and address the native wildlife losses seen over the past three decades, stemming from modern agriculture.

The charities said the SFI scheme – the first that every farmer can access under Defra’s new ELM policy – was at risk of creating a status quo by funding basic good practice which, in some cases, would not deliver any extra benefits for nature.

“There’s so much that farmers could be rewarded for doing, such as restoring peatlands and employing ambitious measures to prevent soil and pollutants from washing into rivers – to help wildlife and store carbon.

“It’s an absolute scandal that the government has failed to seize this unique and important opportunity.”

Livestock producer Adam Quinney said the payments on offer under the Sustainable Farming Incentive (SFI) could be useful – if the scheme is simple and not mired in bureaucracy.

“We’re definitely signing up to SFI next year,” said Mr Quinney, who farms 100 suckler cows, 150 ewes and some arable land in Sambourne, Warwickshire. 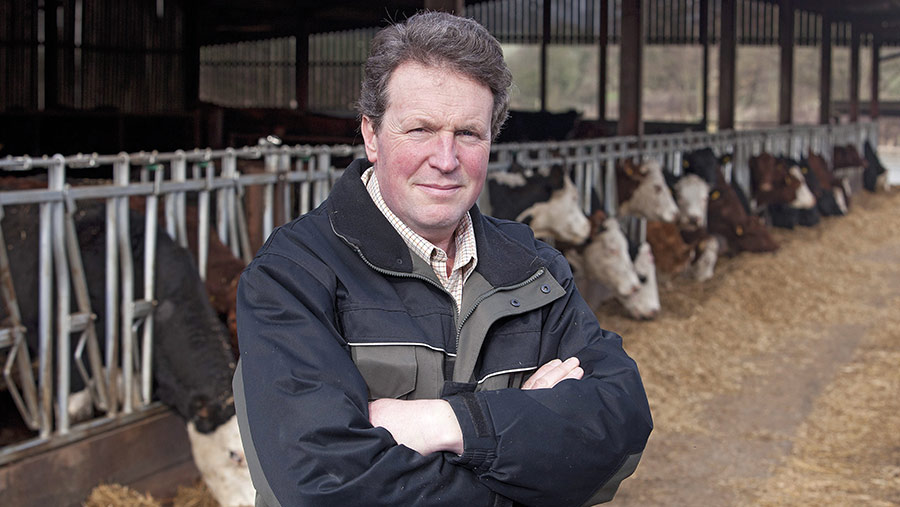 “These lower payments could be quite advantageous, but if it becomes a bureaucratic nightmare, people will just focus on increasing productivity.”

Mr Quinney already carries out regular soil testing on grassland to ensure he is applying the correct amount of muck to the right fields.

The biggest problem, he said, could be convincing his landlords, with whom he has short tenancy agreements. But it was good to see Defra introducing flexibility for tenants to take part in SFI.

Mr Quinney has always used the single farm payment to invest in his business and increase productivity.

But he said the application window for farmers to apply for grant funding was often short and piecemeal, and this might not coincide with the farmer’s business plan.

“What would be more flexible for a farm would be to have a two- to three-year investment period with Defra to have an agreed amount of money to be pulled down over time to match the farm business plan,” he added.

Andrew Blenkiron, estate director of the Euston Estate, in Thetford, Norfolk, where about 2,630ha is farmed “in-hand”, gave a cautious welcome to the SFI 2022 proposals.

Most of the estate’s 607ha of grassland is permanent pasture and is low input in Higher Level Stewardship, so the soils have not been tested for organic matter.

That would take a “big chunk of money” out of the £28/ha base payment in the first year, he said. 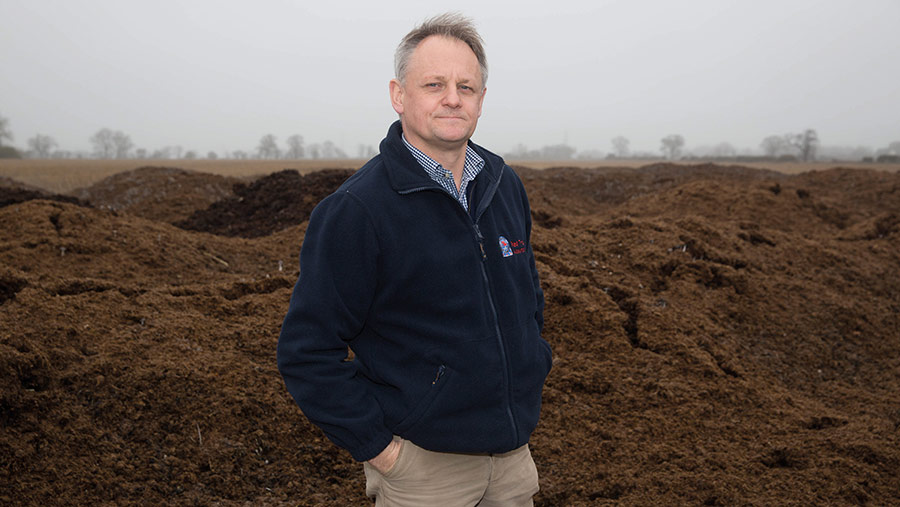 The farm already receives payments for maintenance of grassland for native species under existing stewardship schemes, and it appears this area will only be eligible for the introductory level of the SFI grassland soils standard.

Mr Blenkiron said covering at least 70% of the 2,023ha of arable land with green cover over winter would be fine.

But he was feeling “nervous” about the end-of-February deadline, as a lot of cover crops were grazed with sheep and he liked to clear the land to get an early entry into spring cropping.

“We will have to sit down and see whether it’s worth it ,” said Mr Blenkiron. “Given that our BPS has been reduced, I have got to try and claw some of it back.”