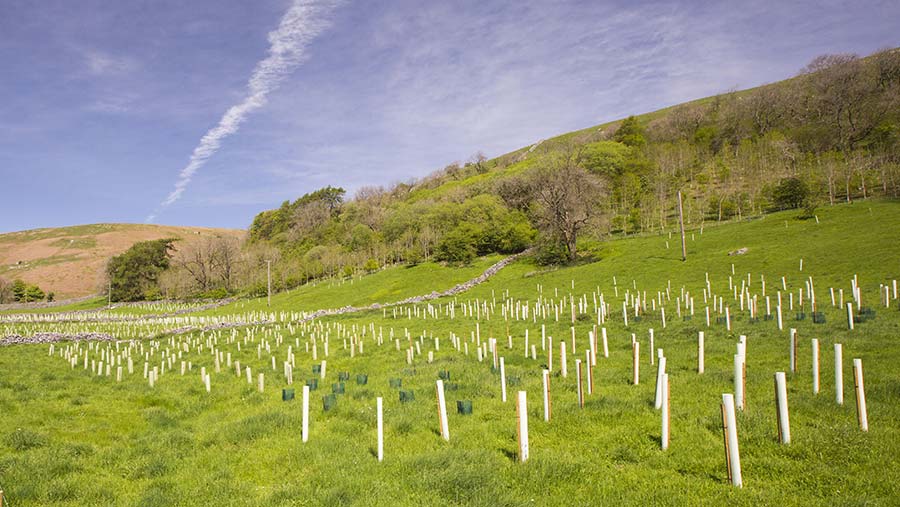 An additional £4m is being made available to landowners within 25 miles of the first phase of the HS2 route to create and restore woodlands.

The HS2 Woodland Fund was first launched a year ago, with the aim of creating a green corridor alongside the high-speed railway line to help it blend into the landscape.

An initial £1m was allocated to fund the scheme, all of which was committed during 2018 on a first-come, first-served basis.

HS2 has announced this week (18 March) that an additional £4m has been earmarked to extend the scheme, delivered by the Forestry Commission, over the next four years.

However, in contrast to the previous round, in future the funds will be allocated on a competitive basis.

Applications will be accepted throughout the year, but will be assessed by a review panel on a quarterly basis.

The fund is open to landowners within the vicinity of the HS2 route as it runs from London though to the West Midlands.

This encompasses parts of Greater London, Hertfordshire, Buckinghamshire, Oxfordshire, Northamptonshire and Warwickshire, as well as the wider West Midlands.

The scheme provides grant payments for restoring plantations on ancient woodland sites, by replacing exotic species with native broad-leaves and shrubs, or for the creation of new native woodland.

Funding is available for the trees themselves, plus a range of capital items such as fencing and gates.

There is a grant ceiling for capital items of £8,500/ha (gross) for native woodland creation and £4,000/ha (net) for ancient woodland restoration.

A 10-year maintenance payment for woodland creation is also available at £200/ha/year.

This is paid in two instalments at years five and 10 of the agreement period.