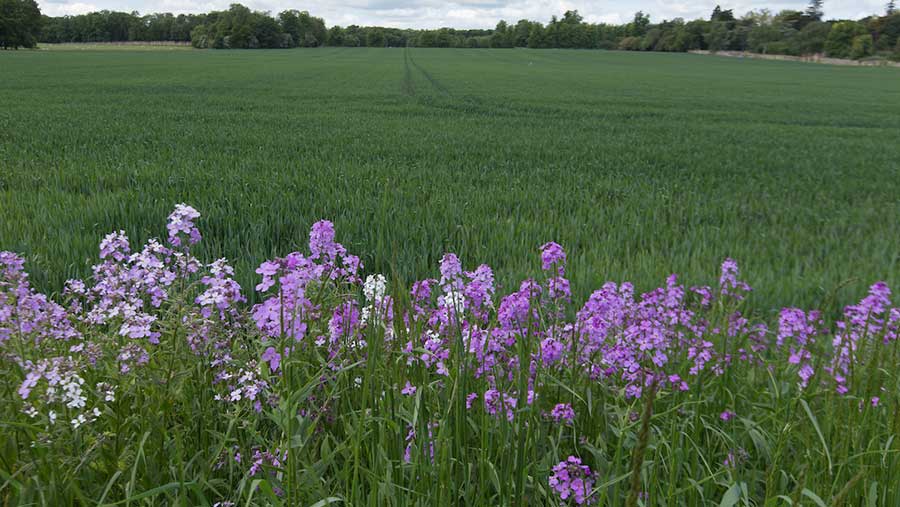 Natural England says it has received a good level of interest in the mid-tier Countryside Stewardship scheme, with requests for applications 13% higher than last year.

This is despite a considerable hold-up in the wake of the EU referendum in late June, when questions were raised about the future funding of the schemes, given that half the money comes from Brussels.

But following an announcement by chancellor Philip Hammond on 12 August that full funding would be honoured until 2020, farmers and landowners have had the confidence to apply once more.

According to Natural England, 6,332 application packs have been dispatched, compared with 5,600 last year.

The deadline for requesting applications passed on 31 August, and producers now have until 30 September to get those applications back in. Natural England will then consider the applications and decide which qualify for funding.

But a number of producers have been in touch with Farmers Weekly, saying they were not aware of the 31 August deadline – a mistake that will leave them out of pocket.

One Devon farmer complained that the 31 August deadline for requesting an application pack was not mentioned on the Countryside Stewardship website – the only reference was to the 30 September application deadline – though this has now been clarified.

The official guidance notes also set out the timetable on p11, but make no mention of the 31 August date – though it does appear in p26 of the “developing an application” section.

“Initially, we were told not to apply for the scheme, as there was so much uncertainty following the Brexit vote,” she told Farmers Weekly.

“But then came the announcement two weeks ago that the funding was secure and, with our old ELS due to expire on 31 December, we decided to apply.

“I thought I’d wait until the kids were back at school, so I’d have time to do it in peace and quiet, but when I phoned Natural England to request a form, they told me I was two days too late.”

The farmer, who asked to remain nameless, explained that last year she successfully applied for Countryside Stewardship on 32ha of land – a process that took her two weeks, but which delivered almost £40,000 in payments.

“If we had been able to get into the 2017 scheme on similar terms for our home farm, we would have been in line for a significant payment. I am gutted to have missed out in this way.”

But Natural England insists it has been fully transparent in this process, working with the NFU and CLA to communicate approaching deadlines.

“We also wrote to almost 10,000 customers of Environmental Stewardship schemes due to expire in 2016 to invite them to apply for Countryside Stewardship, highlighting the 31 August deadline,” said a spokeswoman.