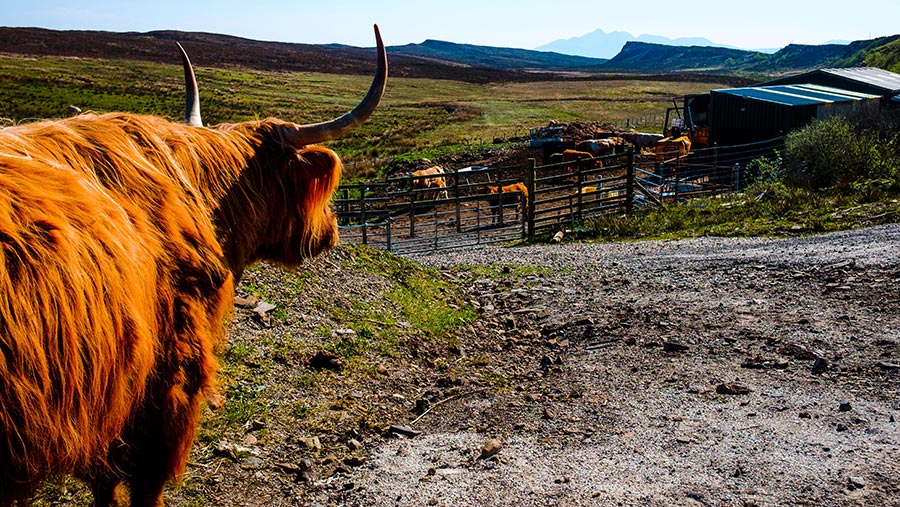 NFU Scotland (NFUS) is seeking assurances from the Scottish government that a vital funding stream for farmers and crofters will continue post 2020.

However, with the UK set to leave the EU at the end of the transition period this year, and the prospect of a “catastrophic” no deal, NFUS is asking for a commitment that LFASS funding – or an equivalent scheme – will be maintained for the coming years.

Speaking at a press briefing on Wednesday (17 June) to mark what would have been the Royal Highland Show, NFUS president Andrew McCornick said it was absolutely key that Scottish farmers and crofters are given certainty and continuity over farm payments.

“Critically, and from 2021, the Scottish Agriculture Bill must be used to ensure the continuity of the Less Favoured Areas Support Scheme – and with a maintained £65m budget,” said Mr McCornick.

“To provide certainty and stability through the next few years, LFASS should continue in its current form until 2024 and be re-based on 2019 livestock data.”

Mr McCornick said the Holyrood bill provides a “clear opportunity” to simplify and improve current support schemes, including a chance to fully review the “EU’s blunt greening measures” on crop diversification, which “do not fit the profile of Scottish agriculture”.

NFUS director of policy Jonnie Hall said: “The Scottish Agriculture Bill will provide a degree of certainty on some issues, but equally allow us to develop a new approach beyond the CAP, which is where we will be in six months’ time.

“We need a commitment from the Scottish government that LFASS will continue for the foreseeable future because it does provide critical support for farmers who are in a very vulnerable place as we go into a post-Brexit era, where trade and other issues are an unknown quantity.”

A Scottish Government spokesperson said: “It is now more important than ever that the UK government honours promises made during the 2016 EU referendum and replaces lost EU funding, providing a fair share to Scotland following the intra-UK funding allocation.

“The rural economy secretary is aware of the importance of LFASS funding in Scotland which is why we are the only part of the UK to offer this support which ceased several years ago in other parts of the UK.

“It is unacceptable that we continue to have this uncertainty and efforts continue to push the UK government for answers and engagement on timing of their Spending Review which will allow decisions on future funding to be taken.

“Rural secretary Fergus Ewing has repeatedly stressed the importance of maintaining payments for our hill farmers and farmers in our islands and remote rural locations – a case which has been recognised by the UK government.”

Poster campaign pushes for responsible behaviour in the countryside

A new poster campaign is urging the public to act responsibly in the countryside following a catalogue of vandalism, livestock worrying and fly-tipping during the coronavirus lockdown.

NFU Scotland has produced a new range of colourful posters for its members and will launch these in the next few days to coincide with the second phase in lifting lockdown restrictions, which will likely see larger groups permitted to meet outdoors.

Launching the campaign, vice-president Charlie Adam said the vast majority of the thousands who have accessed the Scottish countryside in the past 12 weeks had behaved responsibly.

However, farmers have suffered some serious incidents, including a livestock farmer who lost 11 cows after a gate was left open and the animals gorged themselves on silage and died of staggers.

Mr Adam said: “Farming operations and the production of food have continued throughout the crisis, giving people the opportunity to see the working countryside in action and learn a bit more about where their food and drink comes from.

“However, the work and effort that many of our members have put in this spring to keep plates and glasses full has been spoiled by the poor behaviour of a minority.”

The key messages from the union are: