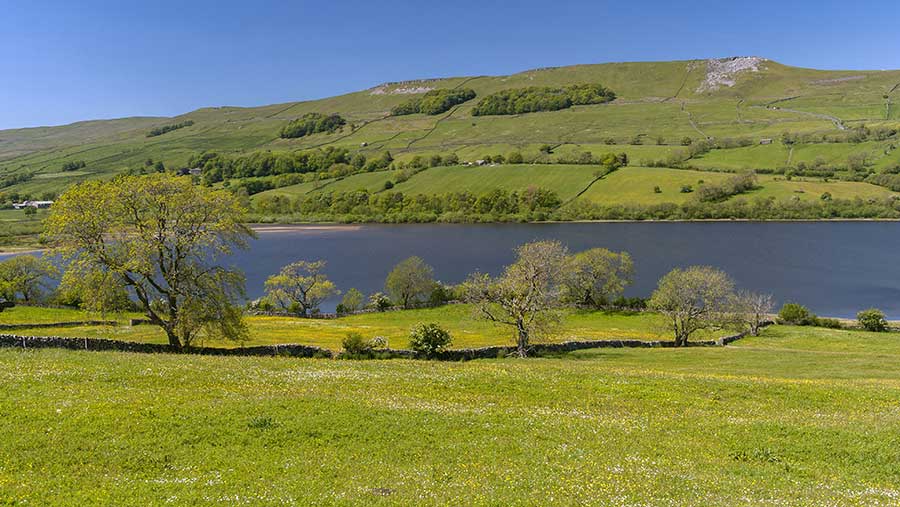 An innovative pilot scheme could provide a blueprint for paying more money to farmers who look after the environment, says Defra.

The “payment by results” project is believed to be the first time farmers have been incentivised to earn more money by providing more environmental benefits – rather than being paid a fixed rate regardless of scheme outcomes.

The project involved farmers in two locations. In Yorkshire, livestock producers were paid to create habitats for breeding waders and for producing species-rich meadows.

In East Anglia, arable growers were paid to create habitats for pollinators and to provide winter bird food.

Working in partnership with Natural England, participants were given the freedom to decide how best to meet their objectives, rather than having to abide by a standard prescription-based approach.

This meant there were fewer rules to abide by and less paperwork.

Success was measured by the number of target species or features recorded on land under the scheme, rather than the management measures undertaken.

Delivering species or features means farmers earn more money by being in a higher payment band.

Yorkshire sheep producer Paul Hunter, who farms at West Witton, Wensleydale, says his motivation to enter the scheme had been financial. But retaining control over how he manages his land is the best aspect, he adds.

Mr Hunter says he is “seeking to make as much money as I could” from the farm. The scheme is flexible so he can decide whether this is best achieved by sheep production or environmental work – or a combination of the two.

“I can turn sheep in and out of the meadows as and when I need, according to the spring. It doesn’t really matter as long as I get the results. I can give some sheep and lambs an early bite if they need it, if I think that is going to be more worthwhile to me than jumping up a payment band.”

The payment by results project is the first agri-environment initiative directly funded by the UK government.

Although only four options were piloted, it will help shape the way farmers in England are supported after Brexit and many more could be added in a final version.

The area-based Basic Payment Scheme will wound down after the UK leaves the EU – disappearing completely by 2027. A new agricultural will be introduced in its place – with an Environmental Land Management (ELM) system as its cornerstone.

Defra principal adviser James Le Page, who is working on ELMs, says he is keen to explore the potential to expand on the payment by results model – while also being aware of its challenges, including results that are sometimes outside farmers’ control due to the weather (see ‘Weather hampers success for some participants’, below).

“The current situation that farmers and land managers have to deal with is very complex,” says Mr Le Page. “You’ve got a whole load of guidance to deal with, and application forms – it’s a lot to manage and it’s not working for us.”

The vision is for a single flexible contract and one set of guidance. To gain widespread farmer uptake, it will also have to be attractive for participants. “We’ll only apply payment by results after extensive co-design and testing,” says Mr Le Page.

“We are looking for a new relationship with our land managers. It’s not one where you are customers of subsidy. You are much more contractors, contracted to deliver public goods in a way which fits alongside your other marketable products.”

Weather hampers success for some participants

Extreme weather prevented farmers from delivering more benefits – and a full scheme will need to address for a full range of options to be attractive.

Farmers in Wensleydale who tried to provide wet areas for breeding waders found their efforts hampered by dry spring weather in both 2017 and 2018. This restricted the wet features provided and the amount of money farmers were able to earn.

Scores were dependent on the number of wet features in fields – which were lower than expected. This highlighted a key part of the trial, which was to develop a system that could take account of challenges outside the farmer’s direct control.

Farmers had chosen to block drains, spray rushes to create more ideal cover, create shallow pools of water and experiment with different stock types and levels. But lack of rain meant farmers’ efforts were less rewarded than they hoped

Senior conservation adviser Helen Keep says the pilot still performed well. “The payment by results sites improved compared with control sites,” she explains. “Give it a couple of years and I think they will far outperform the control sites.”

Norfolk grower Andy Thornton, who farms at Shropham, Attleborough, says being rewarded by results is a sensible approach to conservation.

Mr Thornton is growing wild bird seed as well as pollen and nectar mixes. The pilot scheme has given him the freedom to focus his approach to ensure he delivered more benefits and increased the amount of money he was able to earn.

The approach was refreshing, he explains. “It’s a nice position to be in. You are back in charge of your destiny – not somebody else looking after what you are doing. We had the freedom to manage farm as we saw best.”

Rather than sowing the standard seed mix he grew under higher-level stewardship, Mr Thornton asked his seed merchant to produce a specially tailored mix that would provide a more abundant variety of bird seed during the autumn and winter.

“We have been able to experiment and look at what works best on our own farm. It has been a really good thing to participate in. The best thing for me has been getting together with other farmers, sharing views and encouraging each other.”

Andrew Kearton was among almost 20 Wensleydale farmers who carried out a mix of management actions to improve the species-richness of their meadows.

“Under a lot of the other schemes, cutting dates are so restrictive, and in the past some of this grass has had to go into silage because the weather was not there. Whereas this allows us flexibility and there’s the opportunity to make some quite decent money out of it.”

In total,12 of the 19 farmers in the pilot scheme succeeded in producing hay meadows that went up at least one payment band – increasing the frequency and variety of species within their fields – with only one farmer going down to a lower band.