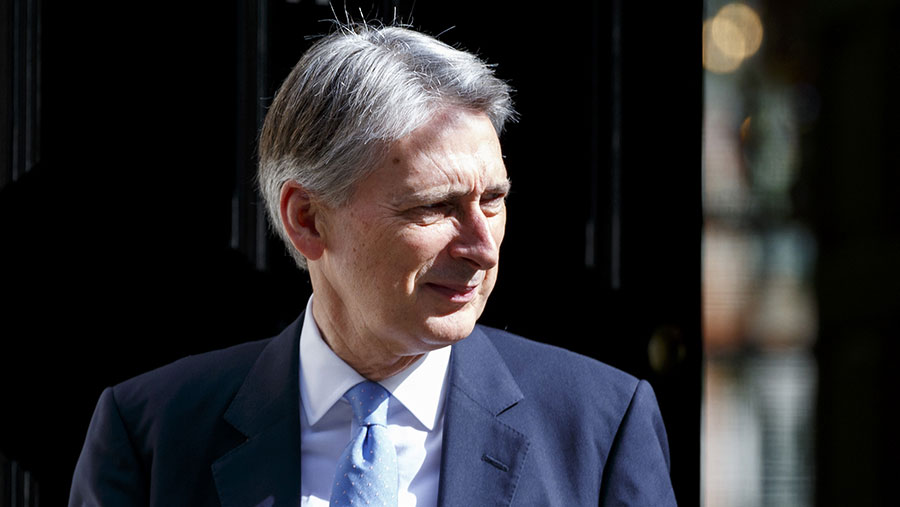 British farmers and landowners should continue to receive the same overall level of support once the UK leaves the European Union, chancellor Philip Hammond has confirmed.

In a statement issued on Saturday (13 August), Mr Hammond said the current level of funding under the Common Agricultural Policy (CAP) Pillar 1 would be upheld until 2020 as part of the transition to new domestic arrangements.

He also pledged to fund any structural and investment projects, including agri-environment schemes, signed off before the Autumn statement at the end of November, “even when these projects continue beyond the UK’s departure from the EU”.

Mr Hammond said he recognised that many businesses and organisations in receipt of EU funding were seeking reassurances about the flow of funding.

“That’s why I am confirming that structural and investment funds projects signed before the Autumn statement, and Horizon research funding granted before we leave the EU, will be guaranteed by the Treasury after we leave.

“The Government will also match the current level of agricultural funding until 2020, providing certainty to our agricultural community, who play a vital role in our country.”

I hope that this short-term certainty will help to deliver longer-term confidence. This is exactly what farm businesses need now NFU president Meurig Raymond

The move has been warmly welcomed by farming leaders, as it would bring much-needed certainty, at least in the short term, and allow time for the industry and Defra to formulate a new domestic agricultural policy for the future.

“This should mean that farmers can count on receiving the Basic Payment Scheme through to 2020, and that agri-environment schemes already in place are guaranteed through to their conclusion,” said the NFU.

The statement added that NFU is working with Defra to understand the position of those farmers applying for Countryside Stewardship this September. New grants had previously been put on hold.

And it welcomed news that other rural development grants offered before the Autumn statement would be honoured.

“I hope that this short-term certainty will help to deliver longer-term confidence. This is exactly what farm businesses need now,” said NFU president Meurig Raymond.

Country Land and Business Association president, Ross Murray, described the announcement as “a vitally important first step” in preparing for the UK’s exit from the EU, which would give confidence to businesses considering their future in a difficult agricultural market.

And NFU Scotland said it met one if its key demands – that the next four rounds of payments expected as part of the current CAP deal be delivered as planned.

“Today’s guarantee will provide an anchor of stability in uncertain times and ensure that there is a confident platform on which to negotiate future trading and domestic support arrangements,” said NFUS chief executive Scott Walker.