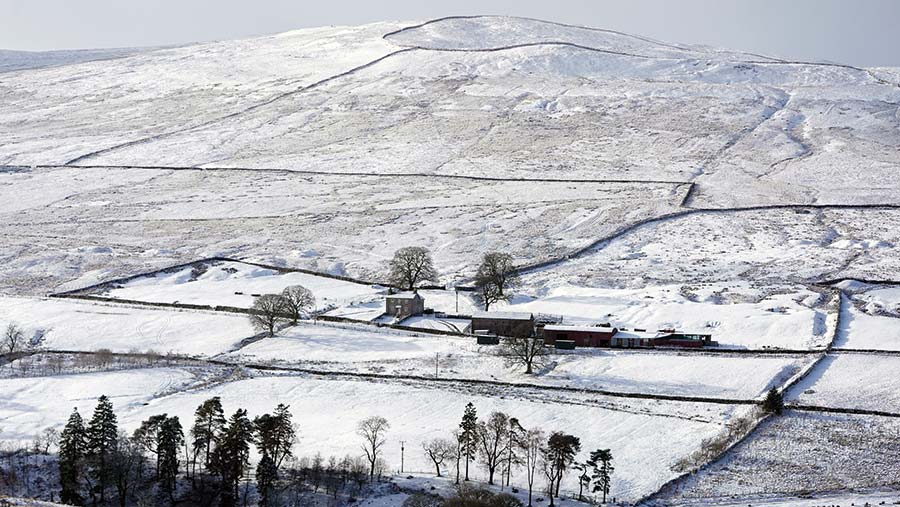 The Rural Payments Agency (RPA) is under fire after suggesting that farmers waiting for delayed support payments should turn to charity for help.

The blunder came to light after Peak District hill farmer Jim Beary revealed that the agency wrote to him last month saying he wouldn’t be receiving his annual basic payment before the end of December – despite the promise of a part payment.

“They are suggesting struggling farmers contact a charity,” he said.

Speaking this week to Farmers Weekly, Mr Beary said: “All I’ve had is a hardship payment.

“They still owe me the bulk of the claim and I have had no stewardship money either.”

The issue was raised again during an NFU council meeting on Tuesday (29 January) at Stoneleigh Park, Warwickshire.

NFU deputy president Guy Smith said he had received the same letter from the agency – which was completely unacceptable.

Mr Smith said: “It is not appropriate to write to someone to tell them they can’t be paid and then advise them they might want to seek out a charity for their needs.

“It is like poking someone in the eye and then referring them to an eye doctor as an act of kindness.”

The news comes as mid-term confidence among farmers hit an all-time low – largely driven by uncertainty over Brexit.

It is totally unacceptable – farmers who have delivered for the environment and continue to do so at their own expense deserve compensation.
Richard Betton, Teesdale

With ELS and HLS payments, I simply don’t know where we’re at – and that is reflective of many other claimants and land managers.
James Small, Somerset

I am lost for words. It is absolutely atrocious… I can’t understand how a government department can get away with such disastrous service.
Alistair Mackintosh, Cumbria

It is an absolute disgrace… if we are in this state now, the delivery of the new Environmental Land Management Scheme will be impossible.
Tom Bradshaw, Essex

It is having a contagion across the industry – people are realising others aren’t getting paid so they are choosing not to enter the scheme.
Max Sealy, Wiltshire

Some 21% of farmers intend to decrease investment over the next 12 months, according to the NFU confidence survey, carried out since 2010.

Livestock farmers in particular are strapped for cash – facing winter feed bills and the additional cost of housing livestock.

Without a Brexit deal, sheep producers have no idea whether they will be able to export this season’s lamb beyond 29 March.

The Royal Agricultural Benevolent Institution (Rabi), which helps farming families in need, saw a 47% rise in the amount of money it paid out last year.

In a year of extreme weather, not all help requests were due to late support payments.

But Rabi chief executive Alicia Chivers said: “Other problems about which we were made aware include unremittingly low incomes, debt, illness, evictions and difficulties with RPA basic payments.”

The latest figures suggest the RPA paid 93.4% of basic payment claims for 2018 during December.

Payments worth more than £1.57bn were made to 78,787 eligible claimants. But that still leaves more than 5,500 claimants left waiting for money.

RPA chief executive Paul Caldwell said he realised payments were critical to farm businesses: “We know there is more to do and that some farmers are still waiting for payments.

“We have written to everyone we were not able to pay in December and will continue to keep people up to date.”

The RPA said it was on track to complete payments significantly ahead of the June 2019 deadline.

Those claimants who had not been paid by the end of March would receive a bridging payment worth 75% of the value of their claim.

The NFU is taking legal advice on behalf of farmers who signed up to a flagship agri-environment scheme – only to find themselves left out of pocket.

Only 690 farmers who entered into a Countryside Stewardship agreement for 2018 received payment by the end of December, said the union – despite an understanding that 75% of claims would be settled in advance so participants could fund environmental work.

Some 4,800 farmers who joined Defra’s entry-level and higher-level environmental stewardship scheme are also believed to be waiting payments from 2017. The scheme rewards farmers for undertaking additional environmental measures.

NFU deputy president Guy Smith said: “Those people have had 75% as a bridging payment but that to my mind is not a proper payment.”

The NFU says farmers waiting to be paid face a “compounding log jam” because stewardship payments for 2018 are unlikely to be made until payments have been settled for 2017. The union is now consulting barristers over the issue.

The NFU is appealing for farmers to get in touch if they have written evidence that stewardship payments are late. Mr Smith said: “Farmers have shelled out this money. It is unfair and unjust to leave them without money and not to compensate them.”