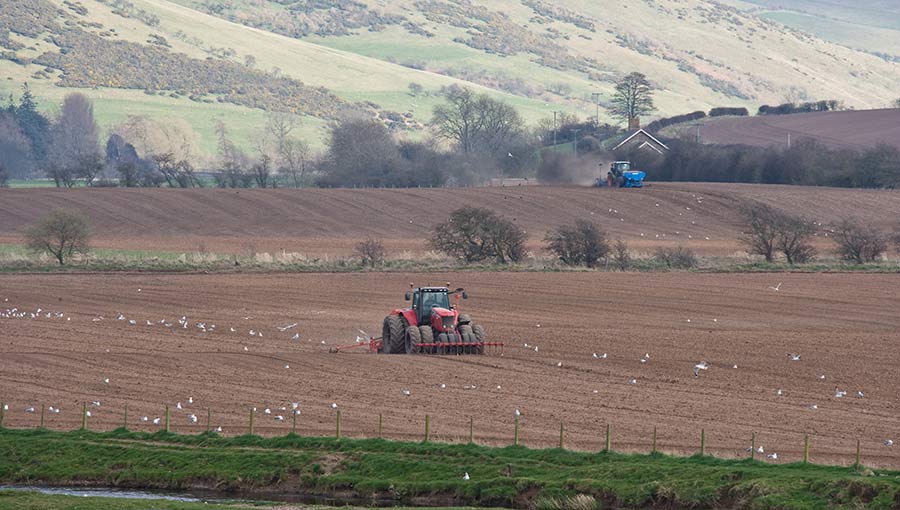 The knock-on effect of last year’s extreme weather has driven the estimated Total Income from Farming (TIFF) figures for Scotland down by 8% in 2018.

Last year’s farm profitability in Scotland was predicted to be £672m, a drop of almost £30m from the revised 2017 figure but significantly below the UK-wide fall of around 15%.

TIFF, the official measure of profitability in the farming industry, was also put under further pressure from higher labour and feed costs, lower lamb and beef and dairy cattle numbers as well as a smaller cereal area and yield.

NFU Scotland said farmers and crofters were facing significantly increased costs on a range of supplies, including feed and bedding for livestock, as the industry still feels the long-term effects of 18 months of bad weather.

“There is not much we can do about the weather, but what today’s figures show is there is a clear need for political clarity and cohesion in order to steady an unpredictable market and a lack of confidence, created by the uncertainty of the current political climate,” added a spokesman.

Subsidies, which rose by 5% in 2018, accounted for 82% of profit from farming, according to the government, highlighting the industry’s continued reliance on support payments.

In total, agriculture’s gross added value to the Scottish economy, excluding costs such as labour, rent, taxes, interest and subsidies, was £1.2bn in 2018, equating to around 1% of the nation’s GDP.

Outputs on the up

Milk and barley were the main drivers of farming output value, which totalled £3.18bn according to the TIFF figures, an increase of 2.3% compared with the previous year.

Barley, which accounts for 10% of Scottish farm output, saw the largest value increase, up 23% to £312m as price increases offset a slight drop in production.

Production increases drove milk output values up 8% to £402m, helped along by a slight increase in farmgate milk prices across the year.

“Dairy is a high investment sector, which is increasingly vulnerable to volatility in input and output prices, compounded by uncertain weather patterns, and a powerful, competitive supply chain, hence the challenges remain for those who are still in the industry,” said NFU Scotland milk policy manager George Jamieson.

Livestock maintained its spot as the largest individual sector, accounting for one-third of total output – but this included £47m worth of subsidies linked to livestock production.

“In the sheep sector lamb numbers are also down, due to a combination of volatile weather and uncertain market conditions,” he added.

Feed costs increased by £74m to £678m due to limited availability and higher prices.

Labour costs rose by 4.3% to £441m as the average wage in Scotland also marched upwards.

The weather proved to be the key driver in ensuring productivity fell for the third consecutive year since 2015, according to the preliminary figures.

Last year’s unseasonably dry spring put pressure on output volumes, which in turn brought productivity down in 2018. However it remained 16% above where it was in 2000.

Scottish TIFF was on a par with that of Wales and the north-east of England in 2017 – the country’s least productive province.