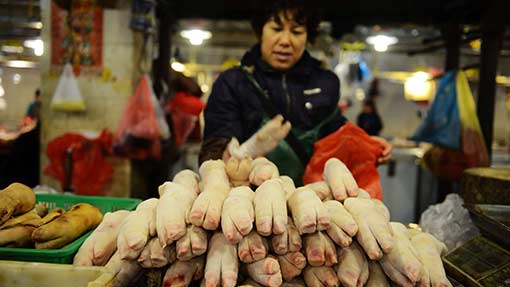 UK pork exports last year were the highest since 2000 after strong growth in markets beyond Europe.

China and Hong Kong combined was the biggest single market, buying 57,000t of pork of which about 27% was offal.

“This increase in exports is extremely gratifying and is to a great extent due to the efforts of BPEX, in conjunction with DEFRA, to open new markets, especially outside the EU, with China being the highlight,” he said. “Although, last year also saw a reinvigorated trade with Japan.”

“We believe there is considerable scope for this to grow further as we increase the number of approved export plants and hope shortly to reach agreement on the export of pigs trotters, which are estimated to represent 40% of the trade to China.”

Britain’s exports grew faster than the EU as a whole, with European pork exports rising 3% in 2013 to 1.6m tonnes.