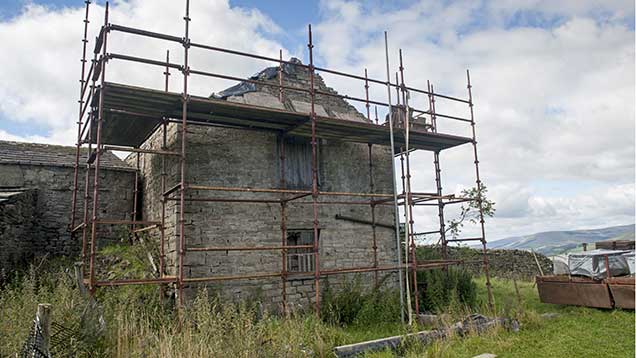 Planning authorities are approving more conversions of farm buildings to dwellings since new guidance came in – but farmers are still facing a postcode lottery.

Government guidance issued in March for permitted development rights (PDRs) was meant to rectify the large number of PDRs being rejected, particularly on the grounds of being “unsustainable” and amounting to more than three dwellings on the farmstead.

But planning consultants, solicitors and advisers say that while some authorities are approving more applications, others are finding new ways to refuse conversions.

“We want local authorities to be more proactive and helpful and look for opportunities, rather than problems and barriers.”
Suzanne Clear

Suzanne Clear, senior adviser on planning at the NFU, said applications were now less likely to be turned down on the basis of being unsustainable, but authorities were rejecting more PDRs based on the building’s structural soundness than before.

“We welcome the guidance in principle, but we want local authorities to be more proactive and helpful and look for opportunities, rather than problems and barriers,” said Ms Clear.

Fenella Collins, head of planning at the CLA, said most authorities had “got the message” from the new guidelines, but some were now finding “the most obscure reasons” to turn down applications.

She gave an example of a conversion rejected because the authority (in the South East) said that a formal garden, car parked outside and “domestic paraphernalia” would be at odds with the rural area. This was despite there being no mention of any of this in the guidelines, said Ms Collins.

Planning authorities were using their own discretion to either accept or reject applications, said Ms Collins. The South West was the most likely to refuse PDRs, she said, but there seemed to be little consistency regionally.

Lee May, associate at Brachers in Kent, agreed. He said: “The only consistent thing is the inconsistency of it all.”

He had seen less clients needing help with applications since the new guidance came in, which suggested it was working, but said he was looking at decisions across the country and different authorities were treating applications differently.

Alex Madden, head of planning at Thrings Solicitors in Bristol, said local authorities seemed happy to determine applications unfavourably, while leaving it to the individual to chance it with the appeals inspector.

Anthony Atkinson, Acorus rural planning director based in the North West and Midlands, said there were examples of authorities rejecting applications on grounds that were not even mentioned in the guidance, including one instance where a barn conversion was refused because it would have needed an additional floor to be created.

PDRs were extended to the conversion of farm buildings to residential use in April 2014, allowing farmers to bypass a more lengthy applications process.

But two-thirds of such PDR applications were refused in the first three months after they were introduced, with a lack of consistency emerging between different planning authorities.