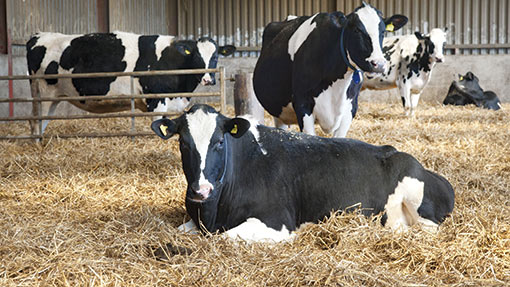 Prices at Fonterra’s Global Dairy Trade auction have dropped 20% since February and fell 1.1% this week.

And UK farmers produced 42m litres/day in the two weeks to 26 April, 12.3% higher than this time last year, as the good spring weather holds.

“With milk production continuing to perform well and no signs of a significant increase in demand it is likely this will continue, unless one or both of these factors change.

“The competition for milk between processors remains. However, this can only add so much support while wholesale prices fall.”

The co-op’s chairman, Sir Jim Paice, said the slipping global markets had directly affected the business’s returns, though the tie-up with Irish cheesemaker Adams Foods had softened the blow.

First Milk’s announcement followed a 1.27p/litre cut for Arla members from 28 April and a 1.6p/litre drop for Muller Wiseman suppliers from June.

A number of smaller processors announced price drops of at least 0.5p/litre, but Dairy Crest farmers on Davidstow, liquid and organic contracts have been promised they will not suffer cuts for May or June.

Members of the Tesco Sustainable Dairy Group were not hit either, with the Arla pool staying at 34.2p/litre and Muller Wiseman price at 34.3p/litre.