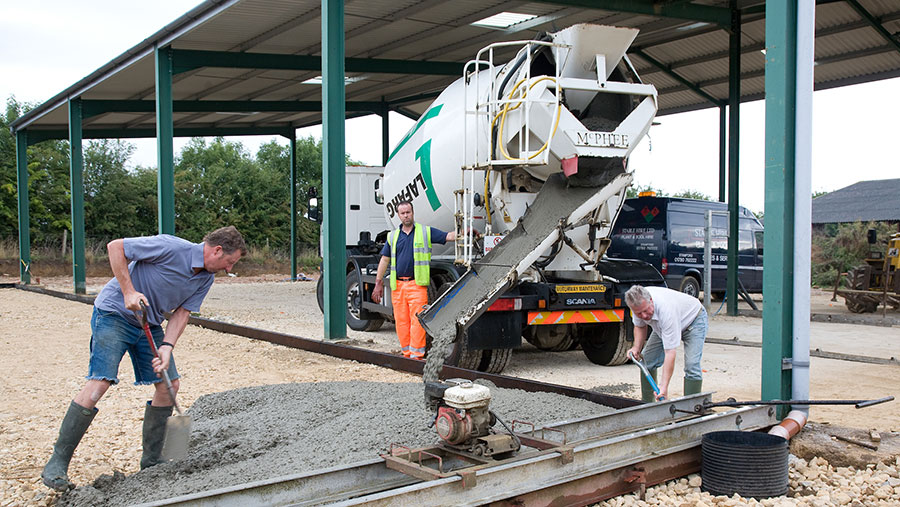 Farm leaders in Scotland are pushing for the size of farm buildings allowed under permitted development rights (PDRs) to be increased to 1,000sq m.

The union has made a submission to the Scottish government’s planning review, which argues PDRs need to be extended to larger farm sheds because of the increased size of farm machinery.

Jamie Smart, legal and technical committee chairman, said: “The union has extensively consulted with its membership on this matter, and it is clear the current allowance of 465sq m for farm sheds allowed under permitted development is no longer reflective of agricultural needs of today.

“We have asked Scottish government to consider extending this to 1,000sq m to help provide resilience to the farming sector, and to ensure the legislation is reflective of modern machinery sizes.”

The union has also asked for PDRs to be extended to traditional farm steadings for conversion to residential and small business use.

“This could provide farmers with an additional income stream, while safeguarding rural heritage and play a valuable role in assisting towards the shortfall of housing in rural areas.”

In England, the NFU is also urging farmers and rural businesses to respond to an online planning survey, which it hopes will give it an evidence base to help in its lobbying activities.

The Department for Communities and Local Government published a rural planning review in February which proposed new planning guidance to support rural development.

It promised it would amend its guidance so the development of farm shops, polytunnels and on-farm reservoirs would be given “positive consideration” within the planning system – a move described as a significant win by the NFU.

Suzanne Clear, NFU senior planning and rural affairs adviser, said the union was looking to formulate its response and wanted to back its arguments up with evidence about members’ experiences of the planning process.

The union’s survey closes on 21 April and the deadline for organisations and individuals to respond to the government’s Rural Planning Review consultation is 2 May.

The results of the survey will also feed into the NFU’s response to the wider Housing White Paper.

Ms Clear said the union would probably seek a higher “indicative” size threshold for PDRs in its response to the rural planning review, although it felt it was important not to be too prescriptive.

“The permitted development rights for farm buildings were last updated in 1995 and things have moved on from them,” she said.

“We need a PDR that allows farmers to innovate without the risk of getting sucked into the full planning system.”

Ms Clear said the government was consulting on a possible new PDR to allow for up to 750sq m of agricultural buildings to be converted to up to five homes of up to 150sq m each.

If this came into force it could be practical way to help house agricultural workers and family members, she said.

But any restrictions placed on their use had to be flexible enough to reflect modern living.

For example, many family members had full-time jobs off the farm, so their main income might not be from agriculture, but their input before or after work and at weekends was crucial, she said.

“You can see the principle – but any restriction has to reflect the way we work is far more flexible than it was 20 years ago. The agricultural tie of old is quite historic.”