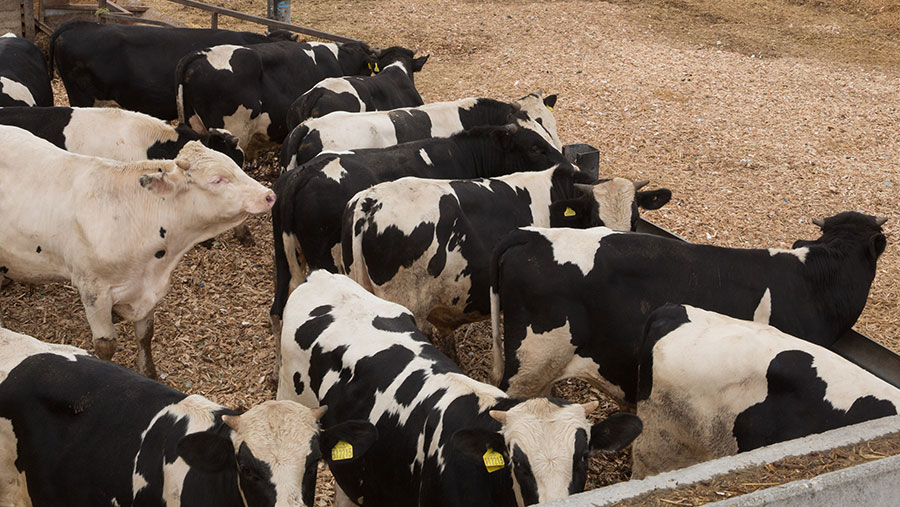 Leading retailers insist they are continuing to source young bulls for beef despite one supermarket removing them from certain products last year.

Tesco’s decision to stop using young bulls in Tesco brand beef products by the end of 2016 met criticism from the National Beef Association (NBA) and came amid a long-term trend of fewer animals being finished as young bulls and changing consumer preferences.

But the supermarket insists it never stopped taking young bulls for beef and continues to use them in other product ranges, such as Tesco brand mince, burgers and meatballs and Boswell Farms.

Many other supermarkets are also continuing to source young bulls for different product lines (see panel), although they are all reluctant to reveal “commercially sensitive” quantity or pricing information.

Figures from AHDB Beef and Lamb show that four years ago around a quarter of male cattle were young bulls at slaughter, whereas last year that proportion had fallen to 18%.

“Generally young bull markets do tend to follow the prime beef market, but the longer-term trend is for fewer animals to be finished as young bulls,” says AHDB lead analyst Duncan Wyatt.

A fall in the price of young bulls caused prime cattle values generally to stall earlier this month, when GB prices averaged 350p/kg dwt, around 16p/kg higher than the same time last year.

This average masks a wide range across the country, with the highest prices in Scotland.

The average GB finished price for young bulls (as of 18 September) was 187p/kg lwt, virtually unchanged on the week.

Average weights in the first quarter of 2017 were around 20kg below the five-year average for that time of year.

AHDB attributes the changes to two factors. One is the decline in the proportion of male cattle being slaughtered as young bulls – from 24% in 2013 to 18% in 2016 – which may mean animals that are capable of being improved significantly are being produced as steers instead.

“With their shorter finishing times, producers of young bulls may have had to show more adaptability than those producing other categories of prime cattle in adjusting to this changing trend in consumer preferences,” says Mr Wyatt.

NBA SW regional chairman Bill Harper, who has a herd of 200 pedigree South Devon and Black Limousins, is one farmer who has moved away from producing young bulls, with everything castrated this year.

Moving away from rearing young bulls can complicate breeding decisions though, as the decision to castrate has to be made early before there is a chance to judge growth performance of individual animals, he says.

Asda
Asda says it continues to buy young bulls and there has been no change to its policy.

Aldi
Aldi does not have a specific policy against sourcing young bulls for beef and says its buying team works directly with farmers/suppliers to ensure products meet specifications and quality.

It also operates a dedicated calf-rearing scheme, bringing dairy and beef farmers together. Through this, male calves are finished through a network of farms to prevent waste from the dairy industry and “generate additional opportunities for Aldi suppliers”.

Co-op
The Co-op’s Integrated Calf Scheme also provides an outlet for all calves from dairy farms within its dairy farming group, including continental and native cross calves and pure-bred dairy bull calves. Beef goes into both the Co-op’s standard and Irresistible ranges.

The scheme was launched in 2015 as part of a combined project between the retailer’s milk processor, Muller Milk & Ingredients, and its two beef suppliers, Dunbia and ABP.

Lidl
Lidl’s buying preference is to source steers and heifers to “maintain high quality meat standards”, but also says it considers “all options when looking at products and our specifications are reviewed regularly”.

All British beef is Red Tractor Assured and in March Lidl signed the Back British Farming Charter to support the sector through developing committed, fair and beneficial relationships with suppliers.

Morrisons
Failed to respond in time.

Sainsbury’s
Sainsbury’s continues to use young bulls for a number of its “by Sainsbury’s” products, including cooked beef slices, braising steak and mince.

Overall supply has not changed over recent years.

Tesco
Continues to use young bulls in its Tesco brand mince, burgers and meatballs and Boswell Farms ranges.

Waitrose
Does not use bulls, other than those from its dairy farms, which are used to produce high welfare veal. These are not castrated but are processed at a younger age than a bull would be for beef.

“We operate an extensive, forage-based system for producing our beef and that lends itself better to steers and heifers.”