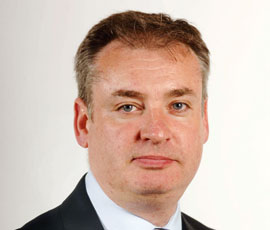 The Scottish government has accused Westminster of failing to “lift a finger” during CAP negotiations.

Scotland was expected to end up at the bottom of new league tables of EU farming subsidy, said Scottish rural affairs secretary Richard Lochhead. Payments to Scottish farmers following CAP reform were likely to be the lowest in Europe, he added.

Mr Lochhead said Scotland had gone into negotiations with the third lowest level of farm support in Europe for direct Pillar 1. But the UK government had “negotiated Scotland down to the bottom of the league table”.

Scotland was now likely to be leapfrogged by Latvia and Estonia – countries whose ministers sat at the top table and made their farmers a priority, said Mr Lochhead. “In contrast, we are looking at being rooted at the bottom of the league.”

He added: “We didn’t benefit from the new funding formula because it only applies to member states. As a result, our farmers have lost out big time – indeed, to the tune of a massive £850 million over the whole budget period.

“In the same negotiations, 16 out of the 28 countries negotiated an uplift in their rural development budgets. But the UK Government didn’t lift a finger for Scotland – the country with the lowest share of that fund in Europe.”

Mr Lochhead is a member of the Scottish National Party, which is campaigning for independence from the UK in a referendum in September 2014. Farmers were getting a raw deal from a CAP budget which was negotiated without Scotland’s agriculture sector in mind, he said.

“It is clearer than ever before that decisions about Scotland’s farming industry should be taken by the people who live and work here – it is better to decide things for ourselves than to have others decide for us.”

A DEFRA spokesperson said: “We have sought views from Richard Lochhead and the other devolved agriculture ministers on the UK allocation of CAP funds. Their responses will inform a UK government decision.”

Scotland seeks to get all extra UK subsidy