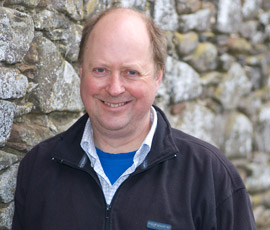 Farm leaders in Scotland have said the CAP agreement marks a new era for Scottish farming.

NFU Scotland said many of Scotland’s initial concerns about the proposals have been addressed, although there were still some elements that could prove damaging.

“On first take, progress has been made on NFU Scotland’s red line issues on minimising redistribution, supporting active farmers, coupling support payments to livestock, bringing in new entrants and recognising the environmental importance of our permanent pasture,” it said.

“In our arable sector, damaging greening proposals have been watered down but requirements on crop diversification and obligations on ecological focus areas may yet undermine our cropping sector.”

But president Nigel Miller warned that while farmers now had a degree of certainty the real work started now.

“We need to quickly digest the whole package, study the final Commission text when it arrives later this year and identify the measures that will best deliver for Scottish farming and our associated industries between 2015 and 2020.”

Mr Miller said the option to couple some support payments to livestock, as was currently the case with the Scottish Beef Calf Scheme, could be an essential tool to stabilising and rebuilding declining stock numbers.

“There’s further good news in that Scotland’s permanent grassland area can be monitored at a national or regional level. Providing our area doesn’t fall by more than 5%, we’ll avoid a farm level approach that could have been extremely damaging to productive livestock units. The definition of permanent grassland to allow grazed heather to be eligible is also something we needed.

“On greening, requirements on arable farmers to have ecological focus areas have been watered down from 7% to 5% and new exemptions for arable farms with 75% of land in grass secured. However, for Scottish growers – many of whom are restricted by geography and climate in the crops that they can grow – the remaining requirements on crop diversification and ecological focus areas on farm will still place unnecessary restrictions on what they can grow and their eligibility for support.”