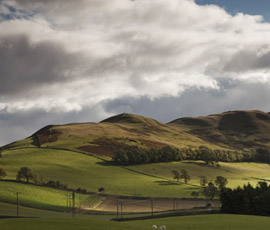 In the next 12 months the Scottish government must re-examine section 72 (10) of the Agricultural Holdings (Scotland) Act 2003 after the Supreme Court decided it was outside the scope of the Scottish parliament and breached the human rights of landowners.

The judgement said that this part of the legislation was discriminatory in that it affected the landlord’s right to the enjoyment of their property. It also recognised that both tenants and landlords may be adversely affected.

The Salvesen-Riddell case has been running for more than 10 years and concerns a late amendment to the 2003 agricultural holdings legislation. This change gave some partners in a limited partnership the right to a secure tenancy in certain circumstances.

However, the late amendment to the legislation meant that tenants who were given notice between 16 September 2002 and 30 June 2003 could claim a secure tenancy following the end of the limited partnership tenancy.

The landowner in the Salvesen-Riddell case claimed that this breached his human rights under Article 1 of the First Protocol of the European Convention of Human Rights and this has now been upheld.

The Scottish Tenant Farmers Association has described the decision as a bitter blow to tenants, families and businesses affected by the court’s ruling. “The original legislation was enacted in a genuine attempt to put a stop to limited partnerships being terminated and it is very disappointing that, 10 years on, we are now told that the law is not competent,” said STFA chairman Christopher Nicholson.

“This is the end of the road for the legal process, but the decision has really raised more questions than answers,” he said. “The government now has to remedy the legislation and consider the possibility of compensation for both landlord and tenant as a result of the faulty legislation.”

However, the Supreme Court gave no direction as to a solution and a stakeholder group is being put together to examine the issues raised by the decision. These include secure tenancies created as a result of the amendment and deals made between landlords and tenants subsequent to it.

“The messy bit is that it’s retrospective,” said Mr Nicholson. “There will be people on both sides – landlords who have granted secure tenancies and tenants who have spent fortunes on legal advice in anticipation of gaining secure tenancies.”

Subsequent to gaining secure tenancies, many tenants would also have invested in those holdings when possibly they should not have done so.

A spokesman for landowner body Scottish Land & Estates said: “This judgement will have to be studied in detail as the case raises important constitutional and practical issues.

“We would suggest that all industry bodies and politicians who have an interest in the case refrain from knee-jerk reactions to what is a complex legal matter. We look forward to continuing engagement with the Scottish government in coming months to find a solution to the matters arising from this case.”