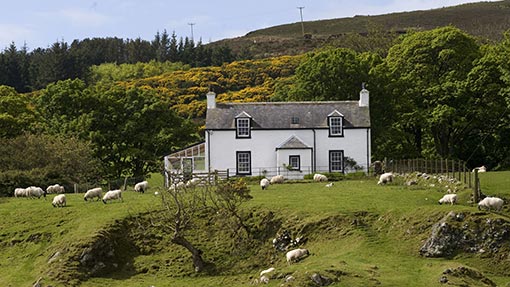 Scotland’s tenant farmers have dismissed NFU Scotland’s suggestions for agricultural holdings reform as “tinkering around the edges” of existing legislation.

And they have reiterated their demands for a radical “root and branch” overhaul of the system, which would allow tenants to grow their businesses on an equal footing with owner-occupiers.

Scottish Tenant Farmers Association (STFA) chairman Christopher Nicholson made the comments in response to an NFUS submission to the Scottish government’s Agricultural Holdings Review Group in which the union’s headline call was for an independent Lands Adjudicator to oversee the operation of the sector.

While Mr Nicholson welcomed the NFUS support for establishing a new regulatory body, he said the key failing in their submission was a lack of support for the open assignation of tenancies to non-family members, which would give tenants the confidence to invest in their businesses.

“They’re not asking for a change in mindset or the nature of tenancies,” he said.

“One of the key aims of the Review Group was to allow business investment in the tenanted sector to be subject to the same flexibilities and constrants as those in the owner-occupied sector, so that we can all invest on a level playing field.

“They could have gone further in exploring the benefits of open assignation which would go a long way to achieving this.”

Mr Nicholson added that it was ironic that almost all the ideas for restoring health and vibrancy to the tenanted sector had previously been proposed and discussed in the Tenant Farming Forum over the last few years but were only now being taken seriously with the advent of the Review Group.

In their submission, NFU Scotland opposed the introduction of an Absolute Right To Buy for tenant farmers, a controversial measure which the Scottish government specifically called on respondents to examine.

NFUS president Nigel Miller said: “On balance, NFUS opposes the introduction of ARTB but strongly believes a more targeted approach, built around robust codes and an independent adjudicator can close down chronic problems and presents a strong, positive way forward to rebuild our tenanted sector.”