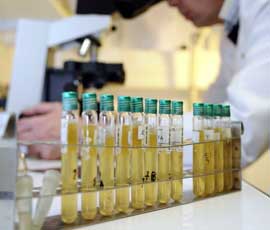 A government plan to close animal health laboratories will weaken the UK’s ability to tackle disease outbreaks, a parliamentary committee of MPs has warned.

The Animal Health and Veterinary Laboratories Agency announced in September 2011 it planned to end sample testing at eight sites across the UK in a bid to cut costs.

But after taking evidence from farmers, vets and AHVLA staff, MPs on the cross-party Environment, Food and Rural Affairs Committee (EFRA) concluded the move could jeopardise animal disease control.

Ms McIntosh said: “We received worrying expert evidence that the transport of animal samples to distant laboratories, following the closure of AHVLA sites, will lead to a deterioration in samples, with an associated risk of failing to diagnose animal disease.

“In addition, there is a risk the agency will lose key specialist skills,” she said.

“The evidence we received suggests there was insufficient consultation. The committee concluded that, at a time when the government needed the cooperation and confidence of the farming and veterinary professions, greater transparency and consultation was needed to build trust,” she added.

The British Veterinary Association echoed the committee’s sentiments and warned the emergence of the Schmallenberg virus was a reminder of the need for a robust surveillance system.

BVA president Carl Padgett warned that DEFRA and the AHVLA must slow down the reorganisation plan.

“Decisions made now will impact on our future ability to deliver that first line of defence and if we lose the infrastructure of our veterinary surveillance system it will almost certainly be impossible to rebuild.”

But a spokesman for the AHVLA questioned the concerns and said the remaining laboratories would be strengthened. “We believe the ability to build expertise across a team, rather than have it concentrated in individuals, will improve our resilience,” the spokesman said.

“This, together with other measures, including the use of mobile incubators, will continue to ensure the robustness of our testing, and we’re confident there will be no decline in the quality of our service, including our ability to identify notifiable diseases and emerging diseases,” he added.

The labs who will be affected are at Thirsk, Truro, Langford, Aberystwyth, Carmarthen, Luddington, Preston and Winchester.