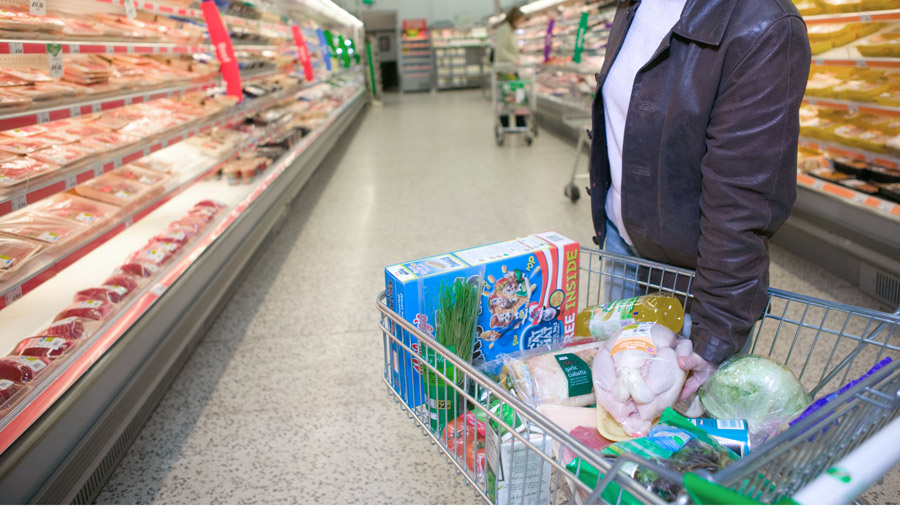 Most supermarkets in Scotland are stocking more home-produced lamb but Asda still lags behind, according to monitoring by NFU Scotland (NFUS) members.

The covert shelfwatch initiative visited stores between 15-26 August to identify which retailers were supporting Scottish sheep farmers during peak season.

Farmers and NFUS staff visited 58 stores and counted 3,000 packs of lamb, making it the biggest shelfwatch to date. The secret shoppers found 51% of the lamb available was branded with the Scotch Lamb Protected Geographical Indication (PGI) – up from 45% on the same week last year.

An additional 42% was labelled as British, down two percentage points on 2018. About 7% of lamb came from New Zealand, with 217 of the total 220 imported packs found in Asda stores. Of the 634 packs examined in Asda, 417 (66%) were UK origin and none was labelled Scottish.

Although the supermarket did not explain why it was sourcing more New Zealand product than its competitors, a spokesman said the UK lamb on sale was produced in Scotland but processed in England.

“Unfortunately the labelling laws stipulate that to carry the Scotch lamb label it must also be processed within Scotland. But we can confirm the UK lamb was in fact Scottish,” the spokesman said.

In contrast, 100% of lamb on sale in Aldi and Lidl stores was labelled with the Scotch Lamb PGI.

“However, Asda, once again, is way off the mark compared to competitors with one-third of its stocks imported. NFU Scotland will raise this issue directly with Asda in the coming days.

“That is the one low point in a survey that showed rising support for Scottish lamb and the Scotch Lamb PGI – a trend that we will encourage all stores to continue,” he said.

Mr Ireland also encouraged any shoppers looking to buy Scottish lamb to visit their local butchers, who were often strong supporters of the Scotch Lamb PGI.

“To build on this excellent platform, NFU Scotland is looking forward to the launch of Quality Meat Scotland’s new promotional campaign for Scotch Lamb PGI, Scotch Lamb Naturally, at the end of September – with Love Lamb Week running from 1-7 September,” said Mr Ireland.

“With Brexit on the horizon and the possibility of a ‘no deal’ threatening our exports of lamb to the European Union, these results are encouraging, as it is vitally important that we see Scottish shoppers and retailers supporting domestic food production,” he added.