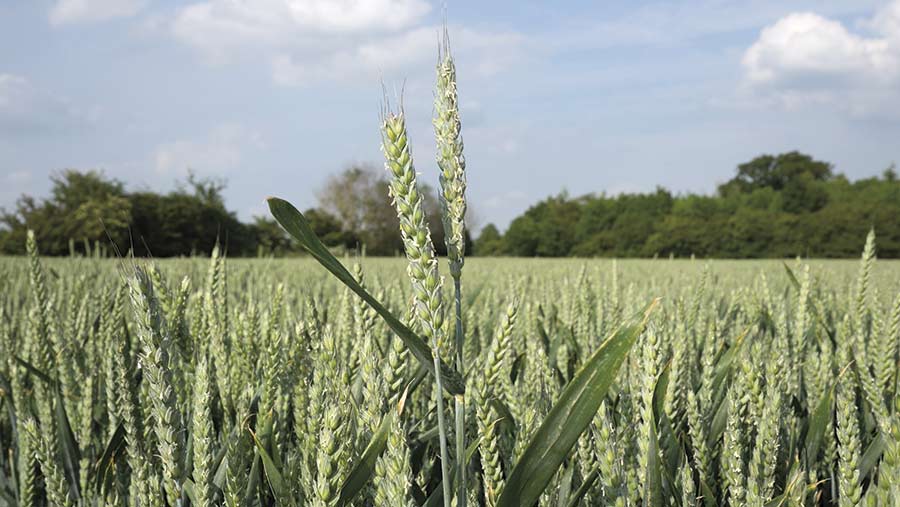 Craft beer, Weetabix and potatoes – perhaps not what you would expect Chinese consumers to buy, but changing tastes, greater affluence and openness are creating demand for all of these.

Opportunities for British growers are certainly there and can be mainly found in malting barley, milling wheat and potato seeds.

Growing for the Chinese market and taking advantage of niche markets for small brands are all key to making the most of what China offers.

China is the world’s biggest beer market by volume, with the Chinese drinking one-quarter of the world’s beer, or 45.7bn litres last year, according to drink analyst IWSR.

Now that Chinese drinkers are starting to shun cheap local products in favour of premium, high-value imported brands, the country is the biggest market by value too.

Good-quality malting barley is needed to quench this rapidly growing demand for craft beer, which is seeing thousands of domestic microbreweries popping up, as well as a rise in imported brands.

The UK also exports a large volume of whisky to China and Chinese companies are making the spirit themselves.

Being able to say their whisky contains Scottish malt is a huge selling point, says Rob Burns, head of seed and export at AHDB.

“I think there is still a really good opportunity in China for malting barley,” he says.

But although UK barley has had access to the Chinese market for three years, no exporters have so far taken up this opportunity.

“I think there is the perception that China is too difficult to do,” he says, adding that Chinese buyers are growing suspicious about why the UK hadn’t yet sent any barley.

At the moment, UK cereal exports are all based on what is surplus, says Mr Burns. But the real value is in growing for a specific market.

For example, China does not allow imports of grain containing weed seeds, he says.

But until the UK has asked China to look again at the agreement governing barley exports to address such technical issues, there is little growers can do, says Dorit Cohen, export marketing executive, at the AHDB.

As tastes change in China, people are eating more breakfast cereals and other wheat-based foods. Weetabix and Dorset Cereals, among others, are already exporting to the country, says Antoaneta Becker at the China-Britain Business Council

While China produces most of the feed wheat it consumes, it does have a demand for milling wheat, which the UK is well placed to help satisfy, says Ms Cohen.

On a recent visit to Chinese flour mills in the south of the country, Ms Cohen said millers were very receptive and excited about the quality the UK could offer.

Soft uks milling wheat suitable for biscuit making is particularly in demand and the UK doesn’t really have a competitor, says Ms Cohen.

“What UK growers should be doing is growing more uks wheat,” she says.

Plant breeders could be helping develop more high-yielding varieties too, she says.

A key moment in helping to promote beer – and British beer at that – was when David Cameron took China’s president Xi Jinping for a pint down his local two years ago, says David Westwood, of Westwood Ales in Shanghai.

“Give a politician a pint in the UK and it doesn’t matter, but give President Xi Jinping a pint and it sells out. Politicians are like celebrities here.”

David Cameron, then prime minister, started the ball rolling, but since the EU referendum the momentum has disappeared, he says.

The opportunity for British beer in China is “massive”, but British companies are hugely underrepresented, he says, while Germany, the USA and the Netherlands are very good at promoting their brands.

“Mrs May should be focusing on China. She should be dining with President Xi Jinping,” says Mr Westwood.

He founded the company with his brother James at the end of 2013 and they sell their brew all over China now.

They set out to develop a British beer brewed in China. The company uses British or Dutch malting barley, and English hops and yeast.

“When we started there were probably four beer breweries in China and now there are 44.”

Most breweries started off brewing in the back of their own restaurants – one such company is now selling 500,000 cases.

Potatoes instead of rice

The Chinese government is on a drive to promote the consumption and production of potatoes instead of rice, says Mr Burns, since potato production requires less water and agrochemicals.

Potatoes are also being promoted as more healthy and potato-based noodles, sweets, cakes and even drinks are popping up.

At the same time, there has also been an expansion of Western-style fast-food outlets and therefore, a rise in the consumption of chips.

Both these factors have increased consumption and in 2016-17 China produced 100m tonnes of potatoes – the largest single producer in the world, according to the US Department of Agriculture (USDA).

However, yields are low because of low-quality seeds and a high incidents of blight, says a report by the USDA.

This offers Scottish potato seed growers a real opportunity, says Mr Burns. Currently most of the UK’s potato seeds go to Egypt, but “not putting all our eggs in one basket is a good thing”, he says.

The UK is not currently trading seed potatoes with China, but a protocol to allow this is being worked on.

Realistically, trade in UK potato seeds to China is not expected for another 18 months,Mr Burns says.