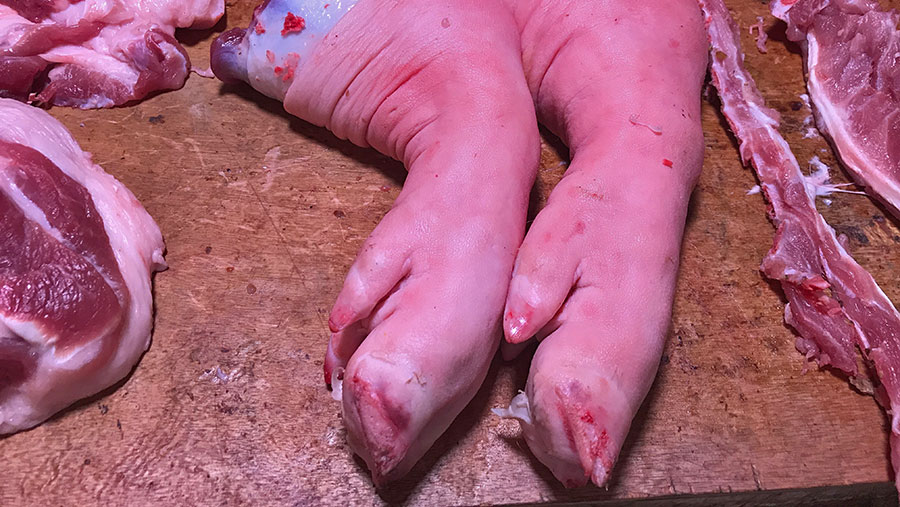 Two UK companies have been given official approval to start exporting pig trotters to China in a deal worth as much as £20m/year.

Trotters have little or no value in the UK but in China they are a delicacy and retail for about £6/kg.

Exports can begin immediately after the sites passed inspections by a delegation of Chinese government officials.

The green light follows years of negotiation, inspection and administration by a number of UK bodies including, the levy board AHDB and the UK’s food and drink counsellor in Beijing, who is jointly employed by the AHDB and Defra.

AHDB strategy director for pork Mick Sloyan said the inspections on these three plants were made in April 2015 which indicated how protracted the negotiation process had been.

“This approval is an important development for us because there is no better example of added value than trotters. It is a real boost for the pig sector,” Mr Sloyan said.

The next steps are to secure export approval for two other sites run by Karro and Cranswick along with a further two UK plants owned by processor Tulip.

Phil Hadley AHDB international market development director said: “I am delighted that we have secured this latest opportunity in what has been a long-term project involving collaboration across industry and government.”

Dr Hadley said officials from Defra, Food Standards Agency, Animal & Plant Health Agency and the UK Export Certification partnership had been involved in securing the deal to ensure the plants met the Chinese government’s standards on animal health and hygiene.

China has been highlighted by the AHDB as a “very high” potential market for all UK pigmeat exports.