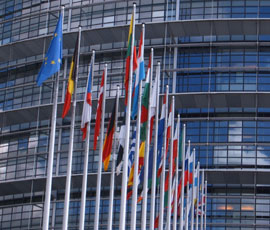 CAP reform plans threaten to reduce food production and harm the environment, an influential group of MPs has warned.

Consumers and the countryside would be hit by plans to impose extra environmental regulations on farmers across Europe, said the Environment, Food and Rural Affairs Committee. The European Commission’s “greening” proposals should be ditched, it said.

Instead, more flexible rules should be introduced that encouraged farmers in individual member states to tailor land management to local circumstances.

The House of Commons committee made the recommendation in a report on Friday (1 June). “As they currently stand, the commission’s proposals to green the CAP would hurt UK farmers, consumers and our countryside,” said committee chairman, Anne McIntosh MP.

“They will reduce food security by taking land out of production and are likely to impact badly on our environment. It’s a nonsense to think that farmers from Finland to Sicily should be tied to the same narrow prescriptive rules. One-size-fits all regulation cannot work across the range of environments found in Europe.”

Farmers across the EU must be able manage their landscapes in ways tailored to local farming methods and ecological concerns, said Ms McIntosh. “The commission’s approach will damage the natural environment and farming.”

Brussels wants 30% of direct payments to be dependent on three “greening” measures.

Farmers would be expected to place 7% of land in designated ecological focus areas, grow a diverse range of crops and refrain from ploughing up permanent grassland.

While supporting the commission’s desire to improve the environment, the committee said it rejected the approach proposed. UK agri-environment schemes already ensured that farmers provided environmental benefits and biodiversity while producing food, it said.

Measures proposed by the commission would also be more complex than the current system – adding costly bureaucracy and generating more errors in the system, it warned.

Likewise, the commission’s crop diversification measure would have perverse consequences that were far less environmentally beneficial than crop rotation in the UK.

“A requirement to retain permanent pasture is likely to have unintended negative impacts,” said Ms McIntosh.

“This measure would not only fail to deliver environmental benefit but also act as an incentive to remove environmentally important semi-natural grassland.”

The NFU and the Country Land and Business Association called on the UK government and Brussels to heed the warnings contained in the report.

CLA president Harry Cottterell said: “The competitiveness of UK farmers will be significantly impacted by the commission’s greening plans if they were to go ahead as are currently proposed.

“We also agree that Defra must not seek to gold plate any greening measures by applying higher conditions on farmers in this country.”

The report also recommends that DEFRA should not set modulation rates higher than other member states that receive similar single farm payment rates.

NFU president Peter Kendall said: “It is incredibly frustrating when we hear that Defra negotiators are arguing for ways to increase the amount of money that can be transferred from the direct payments envelope purely on a national basis.

“We hope that DEFRA takes heed of this finding and rather than expending negotiating capital arguing for the right to cut payments at the national level, that instead it focusses attention on securing a better allocation of rural development money from Brussels. To do otherwise certainly would not be fair to farmers.”

The European Commission said it agreed that the UK had a number of success stories in addressing environmental issues through voluntary agri-environmental schemes.

But commission agriculture spokesman Roger Waite said the key point about greening was that all EU farmers should do more for the environment.

“The only way of having this effect en masse is if we apply these so-called “Greening” rules to the system of direct payments that all EU famers receive. This will raise the baseline for the environmental public goods provided by EU farmers.”

Mr Waite said the greening proposals were a key response to opinion polls showing that the public wanted the EU to do more for the environment.

“The commissioner has already made clear that there will be room to take account of existing schemes because we do not want to penalise the champions,” said Mr Waite. “We want to bring others up to higher standards.”

DEFRA is expected to respond to the report later.