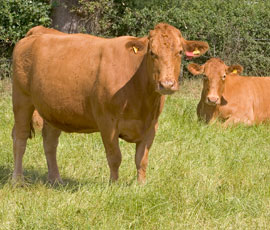 Welsh beef and lamb exports saw a £5m growth in value in 2010, according to the latest figures from Wales’ red meat development agency.

Exports rose to just over £147m, with Welsh lamb experiencing a £1m rise. Sales of beef overseas rose by £4.4m compared with 2009.

Belgium, Italy, Germany and Portugal were the other big importers, while exports to Spain exceeded £1m for the first time.

The biggest percentage increase went to the Far East, with the value of exports to Hong Kong rising by 35%. Singapore increased the value of its imports by more than 80%.

The Netherlands continues to be the biggest importer of Welsh beef, with purchases worth £10.6m.

In total, Welsh beef exports rose to more than £35m. The other main importers were Italy, France, Belgium and Germany, who all increased the volume of beef they imported.